Placed on 10th spot out of 14 major cities in state 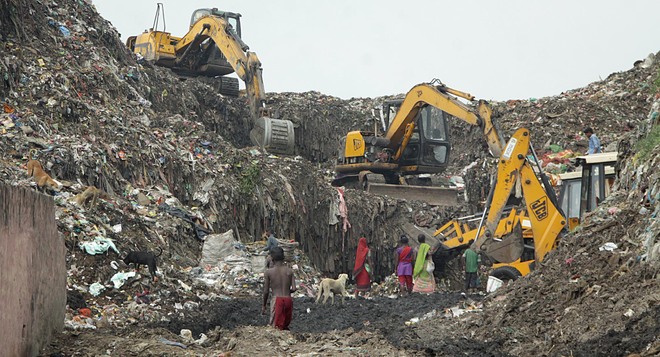 The city is producing as much as 500 tonnes of waste daily, which is taken to a 14-acre site at Wariana. In 40 years, the site now has nearly 8 lakh cubic waste and huge mounds of garbage can be spotted from a distance. A tender to the tune of Rs40 crore had been cleared, but nothing has happened on ground.

We started with file work for bio-mining project three years back. Various approvals were required from time to time and it finally got sanctioned this year after the survey had been done. So, we could not get the marks on this account. Civil work in the will start in 15-20 days.—  Karnesh Sharma, MC Commissioner

The fall in ranking shows that the present Congress-led MC House team has no intention to perform well. The Centre has been doling out huge funds under the mission but MC authorities have not been able to use these doles aptly. —  Sushil Sharma, BJP Councillor

To my mind, the rank has fallen as the MC officials failed to do proper publicity of the need to do waste segregation at source. Advertisements were put up but no ground work has been done for a long time. So implementation is zero.  — Pankaj Mehta, Activist

With this, the cleanliness performance of the city has also dipped in the state. It was fourth cleanest city in the state last year after Bathinda, Patiala and Ferozepur, but this year Jalandhar bagged 10th spot out of 14 major cities.

In the last survey, the city had improved its rank by securing 119th position since its previous three performances at 166th in 2019, 214th in 2018 and 233rd in 2017. The fallen back rank and the survey report indicate towards lapses in the waste management, pollution, open defecation and poor lifting of garbage.

The Jalandhar Municipal Corporation topped in the paperwork, but on ground the garbage is piling up in the city. Machinery worth crores of rupees have been purchased which is getting rusted in its workshop.

The MC had started a project on pit compositing and was to go ahead with its plans to set up nearly 640 pits, but only 200 could be set up. Wherever these pits were created, the residents have had an issue and proper work to make manure and sell it could not be done.

Another hurdle in the project is that so far no waste segregation at source is being done and the dry and wet waste are being carried in the same cart by the garbage pickers. No education and trainings have been imparted to the residents for the past over two years. While earlier two bins for waste disposal had been distributed in some wards and demonstrations too had been held to show them the segregation process, but it remains forgotten now.