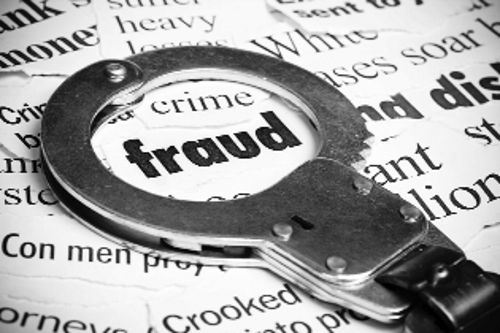 The District Health Officer (DHO) has received complaints that some fraudsters posing as food inspectors have been making calls to restaurants and food-related businesses in the city and asking them to get the ‘medical fitness test’ of their employees done or else they will conduct raids on their shops. - File photo

The District Health Officer (DHO) has received complaints that some fraudsters posing as food inspectors have been making calls to restaurants and food-related businesses in the city and asking them to get the ‘medical fitness test’ of their employees done or else they will conduct raids on their shops.

Rajiv Duggal, who on behalf of Ghanshyam Sweets in Jalandhar approached DHO Dr Reema Jammu in this regard, told The Tribune that he received a call from a woman named Kajal four days back. “She introduced herself as a district food supply inspector and asked me to share details of my employees. When I refused, she told me it is mandatory to get the ‘medical fitness test’ of all the employees working in food-related businesses done or they will conduct a raid at his shop and impose a hefty penalty”, he added.

He said: “The way the woman was talking and getting confused during the conversation, I figured that it’s a fake call. To uncover her identity, I kept her engaged and asked for more details about the medical test. Following which, she took another man, Rajiv, on a conference call, whom she introduced as a health officer and then they asked me to pay Rs 720 each for his 15 employees to obtain the medical certificate,” Duggal further added.

He claimed that he asked the persons on call to collect the money from his shop, but they insisted on payment via Paytm or Google Pay. “I have shared the contact number with the DHO and requested her to issue an advisory in this regard, so that shop owners don’t fall prey to the fraud,” he said.

Sources in the Health Department informed that a sweet shop owner was duped of nearly Rs 24,000 by the fraudsters.

Dr Reema confirmed that many sweet and bakery shop owners in the city have received such calls. She said she had received a recorded audio call from one of the shop owners.

She said festival season is approaching and fraudsters are taking advantage of the same. Dr Jammu asked the shop owners to file a complaint with the city police, so that those behind these call could be nabbed.

District food team members never ask for any fee and neither make calls for inspection or raids.

If any shop owner has to apply for a licence or need related information, he/she can visit the government’s official’s website i.e. foscos.fssai.gov.in.

Dr Reema Jammu, DHO, cautioned food-related businesses against falling prey to these fraudsters and urged them to report such matters to the police for prompt action.