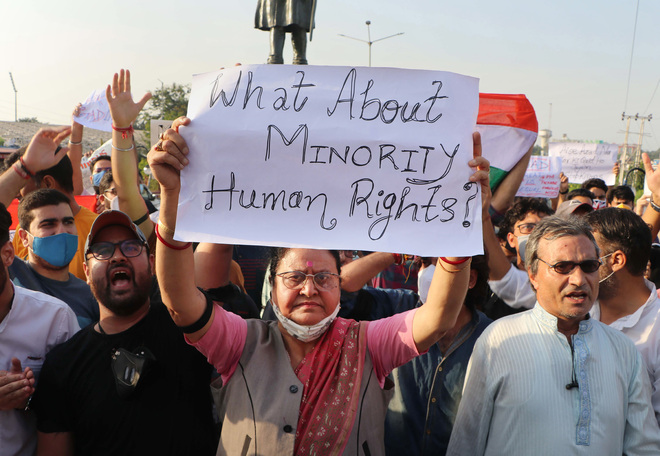 A recent spurt in killings of civilians in Jammu & Kashmir has rubbed salt into the wounds of Kashmiri Pandits.

Sunita Kak (52), a city-based Kashmiri Pandit, whose, uncle was assassinated by militants in 1990, said, “A day after two teachers were shot dead by terrorists in Srinagar, we could not sleep for days. My nephew had gone to Kashmir for some important work on October 8. The day the innocent teachers, including a woman were killed, he left from Jammu. Until he returned safely, we started experiencing flashbacks of horrifying tragedies of 1990. The entire family was restless.”

In a trembling voice, Sunita said frequent attacks on minority communities in Kashmir, has triggered a sense of fear among them.

“Its disheartening that no political leader raised their voice against the killing of two teachers, vendors, a chemist and others. We do not want our community to suffer anymore. After establishing communication with locals in Srinagar, we were told that the attacks have started due to resettlement initiated by Kashmiri Pandits. The government also started allocating land to migrated people, which provoked militant attacks,” she said.

Rajinder Kaul (62), who was only 25, when he escaped Kashmir in 1990 said to keep the existence of Kashmiri Pandits alive, we want the government to provide safe zones to our community. “Our younger generation is working at various government posts in J&K. The government must ensure their safety. After the recent attacks, they are living under constant threat and psychological trauma,” said Kaul.