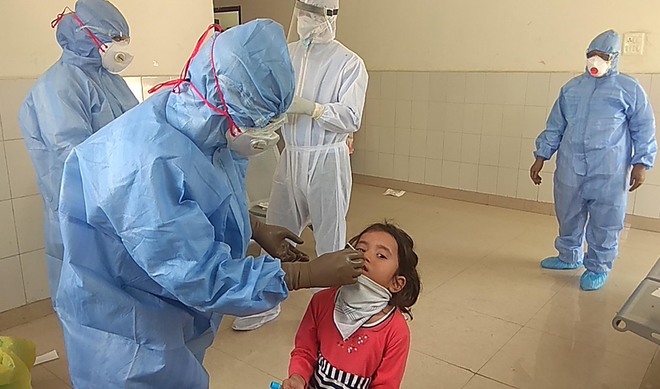 Covid has hit everyone alike, be it the elderly in the first wave and youngsters in the second. Now, it is being anticipated that the third wave is most likely to affect children. More than 62,000 persons have contracted infection since the beginning of the pandemic in Jalandhar district. Of all these positive cases, as many as 736 in the age group of 0-18 age group got infected since March 2020. This number forms just 1 per cent of the total positive cases in the district so far.

Out of 736 children, 457 are from the urban areas, while the remaining 279 are from the rural areas. And as many as 75 children were toddlers (below 5). The doctors said there was not any critical case and the patients recovered completely. Since the reports of a third Covid wave affecting the children are already making rounds, the parents are showing their concern towards the youth, toddlers and the newborns.

One of the paediatricians from the Health Department said he had seen children showing extreme Covid symptoms, but they got treated well and hence no death was reported among them. He also said there was no such evidence yet that the third wave will affect the kids, but, still the parents must be extra careful and cautious so that the kids could be saved in the third wave.

Dr Sandali Ghai Bhutani, a gynaecologist at Ghai Hospital said the scare among the expectant mothers and those planning to expand their family is quite evident. “Pregnant women come to me and ask how to safeguard their newborn babies after birth. Even the parents of teenagers also ask me when the vaccination will start for the teen kids,” she said.

The doctor further said she was also coming across women who were earlier planning their pregnancy but have now deferred their plans until they get vaccinated and the situation normalises.

“I have even seen two-three such cases where women got pregnant but decided not to keep the baby because of the worrying situation,” the doctor shared. “They told me that they don’t want to contract the virus and then see their baby suffer. This is how the situation has changed now,” the doctor said.