Kapur hockey tournament back after two years : The Tribune India 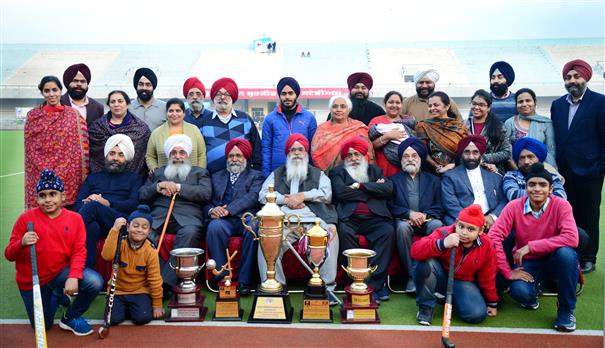 Kapur brothers, all between the age of 62 and 80, are keeping alive the memory of their parents by holding Sardar Balwant Singh Kapur Memorial Hockey Tournament every year. Malkiat Singh

There is a reason for celebrations this year. Sardar Balwant Singh Kapur Memorial Hockey Tournament is going to be held after a lull of two years. The tournament starts on December 25 and will conclude on January 1.

The tournament attracts teams from across the country and this time teams from Orissa among other states are contacting the organisers too.

The tournament and Mata Parkash Kaur Cup are symbolic of togetherness of a family and a story of six brothers, all between the age of 62 and 80, who are keeping alive the memory of their parents for last several years.

The brothers have grown older, but their zeal to make the names of their parents shine has increased with each passing year.

When in today’s time, togetherness in a family seems like a dream, this family that is united by their parents’ memory. The brothers who are residing in various parts of the world find ways to gather at their ancestral home in Jalandhar at this time of the year.

Gursaran Singh Kapur, Harbhajan Singh, Manjit Singh, Manmohan Singh Kapur, Tirath Singh, and Hardeep Singh, are the brothers who have held the baton of the values and morals that were given by their parents to them to always stay connected.

Unfortunately, Manmohan Singh Kapur passed away a year ago, leaving a void in the family. Harbhajan Singh, while talking to The Tribune said his brother’’s presence would always be there and this year the tournament would be different because of his absence.

The Kapur’s started organising the Sardar Balwant Singh Kapur Hockey Tournament in 2004 and since then the tournament is going on. This is the

only tournament that gives the highest prize money to the winners.