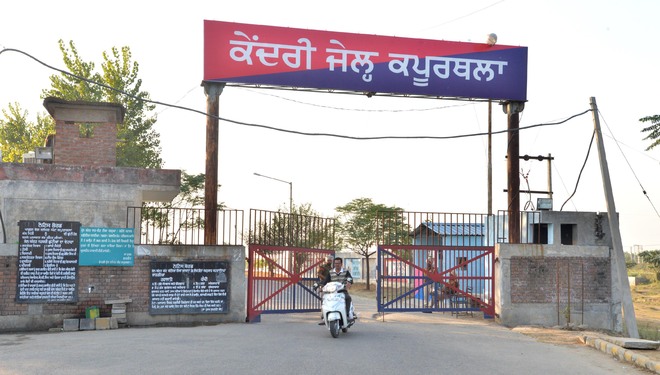 The Kapurthala jail has nearly 2,400 inmates, including 107 women and two children. Three to four doctors have been visiting the jail regularly to take random samples. Tribune photo: Malkiat Singh

After two inmates at the Ludhiana jail tested positive for Covid, Kapurthala Modern Jail is taking stringent measures to ensure that no such incident occurs here.

The jail has nearly 2,400 inmates, including 107 women and two children. Any movement to and from the jail has been stopped so the inmates do not come in contact with suspects or carriers outside.

Baljit Singh Ghuman, SP (Jails), Kapurthala, said: “We haven’t allowed any jail inmate to attend court hearing in the past two and a half months. Hearings are being allowed only through video conferencing. Relatives of inmates are also not allowed to visit and meet anyone in the jail.

The police said food, grocery and other items being brought to the jail are being handled with utmost care. “Any slight carelessness can lead to a major spread of the virus, so the authorities cannot afford to take any risks,” he said.

Three to four doctors from the Kapurthala Civil Hospital have been visiting the jail regularly to take random samples. Civil Surgeon Jasmeet Bawa said: “On Friday, we took five samples. This was a precautionary step. We have already set up isolation wards on the jail premises. Doctors have been instructed to immediately shift any suspect patients to the isolation ward.”