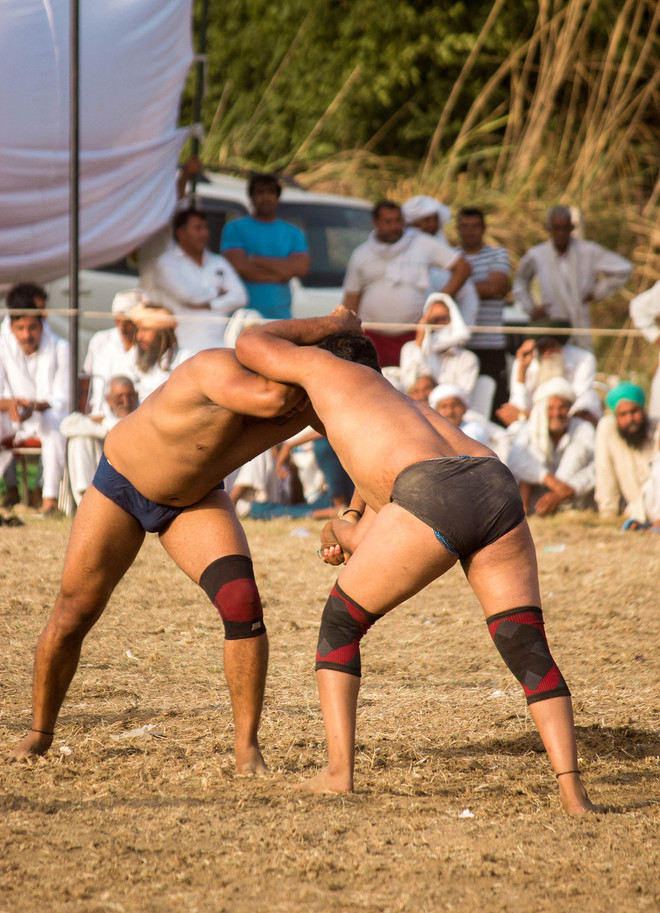 A wrestling competition under way at Tikri border. Tribune photo

A khed mela was held on the occasion of Baisakhi at Tikri border. Several events, including wrestling, kabaddi, volleyball, turban tying, running, yoga, tug-of-war, gatka and horse racing, were held to instill enthusiasm among protesting farmer.

To uplift the morale of farmers who have been agitating for the last five months, Kartar Singh Pehelwan, a Padma Shri and president of the Punjab Wrestling Association, had earlier announced to organise wrestling competitions at Singhu border on February 3.

Arjuna awardees Kartar Singh, Rajbir Kaur and Sajjan Singh Cheema, and Olympians Gurmel Singh and Davinder Singh Garja had announced their support after an unfortunate incident at red fort. “We support farm leader Balbir Singh Rajewal. To infuse more energy, motivation and power in farmers and youngsters who are spending days and nights at Delhi borders, wrestling competitions will be organised,” they had said earlier.

Now, the competitions were organised to make the atmosphere at border lively.

Pehelwan said to destroy cruelty of the powerful and create a peaceful society, the 6th master, Guru Har Gobind Singh wanted youngsters to be full of energy and motivation. So, he started an akhara outside Akal Takht, where several pehelwans would visit and perform.

“Our farmers, too, are fighting the cruelty of the Centre and youngsters can be seen making their presence felt. Thus, it’s very important to keep them upbeat, which is why we decided to organise such events,” he said.

He said farmers were away from their homes and were living in such harsh conditions, which is why such steps were being taken to boost their morale. Medical camps were also held at Tikri border.