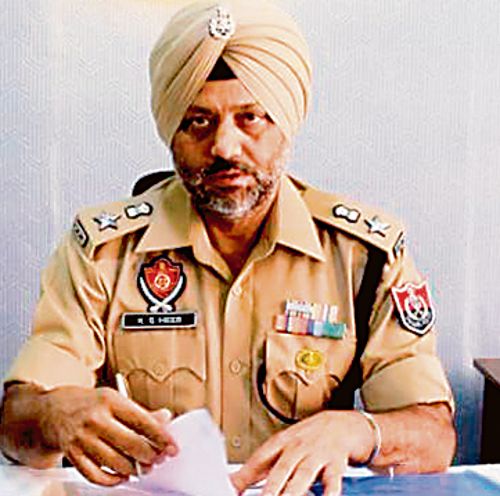 Hoshiarpur: Taking over the charge as district police chief on Thursday, SSP Kulwant Singh Heer said maintaining law and order, intensifying the ongoing campaign against miscreants, streamlining the traffic system and reviewing the police-public co-operation will be his priority. In the local district administrative complex, before taking charge at the office, Kulwant Singh Heer was given a guard of honour by the district police. SSP Kulwant Singh Heer said he had been serving in Hoshiarpur district for a long time. He was aware of various areas and aspects of the district and his experience would be helpful to maintain law and order, the SSP added. The campaign against evil elements would be intensified so that anti-social elements could be dealt with sternly, said the SSP. OC

Jalandhar: Four new Covid cases were reported today in Jalandhar, taking the total district tally to 63,349 cases. In Jalandhar, with no new Covid-19 death reported, the district deceased tally remained at 1,495 today. As many as 61,834 persons have recovered from Covid in the district while the number of active cases in Jalandhar is 20. Of the 16,99,455 samples collected in the district so far, 15,65,567 samples have tested negative. Results of as many as 1,123 tests are awaited. There are seven persons in home isolation in the district currently.

Hoshiarpur reports 5 new cases: The district reported five new cases of Covid, taking the tally to 30,799 on Thursday. However, no death was recorded. The death toll stands at 982. There are 15 active cases in the district, while 29,802 have recovered. OC