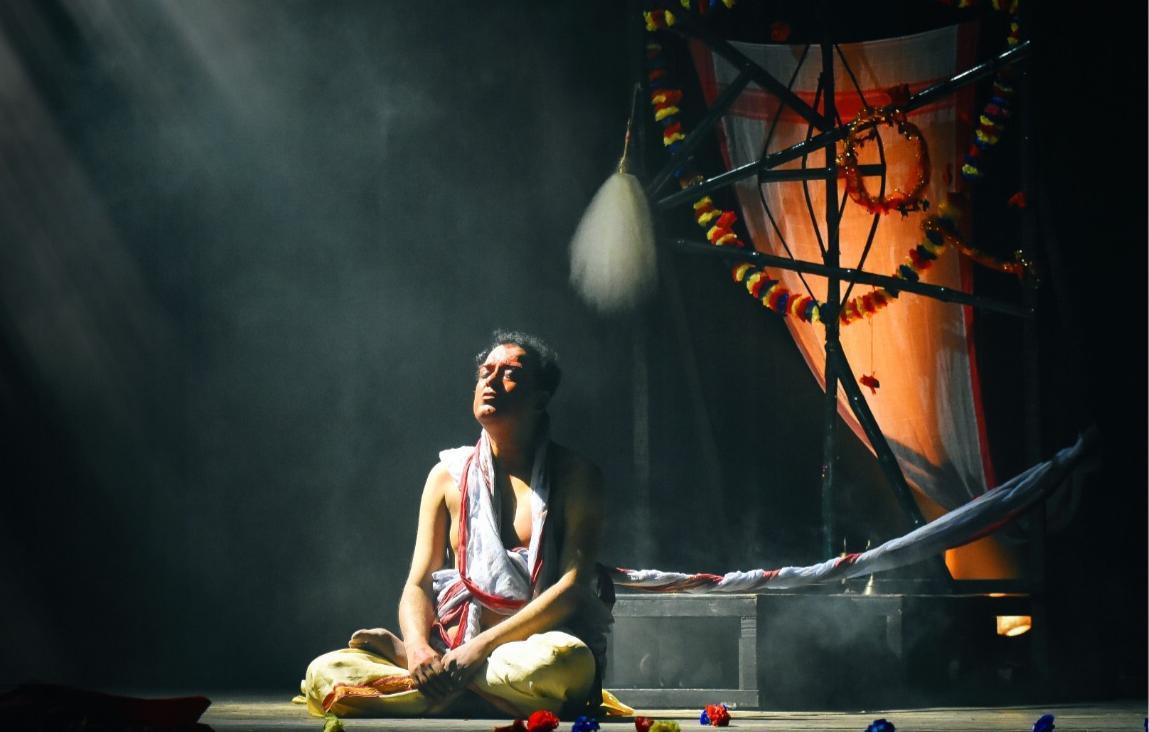 Kusum Kusum being performed at the KL Saigal Memorial Hall.

The 2021 edition of the Yuvaa Rang Utsav took off on Monday at the Saigal Memorial Hall with the staging of the Bengali play Kusum Kusum. The play has been brought to Jalandhar by Kolkata-based Chetnaa Theatre group.

Adapted from Girish Karnad’s widely acclaimed play - ‘Flowers’, the Bengali version was marked with its own distinct flavour. The event was heavily attended by the Bengali community in the city.

The key protagonist of the play, a chief priest, was played by veteran actor Sujan Mukhopadhyay (also known as Neel Mukherji) and the role of his consort was played by his wife and popular actor Nibedita Mukherji. The play was directed by Abantika Chakraborty.

The play, a dramatic monologue, is about the conflict between belief and reality, portrays the conflicts in the mind of a priest pulled between his dharma (religion) and kama (desire). Abhay is the one and only devoted priest in the affluent royal temple of vibrant Goddess Abhaya. The priest is accused by the king for violating both his “dharma” and “bhakti” (devotion) for his lover Kusum, who is a courtesan.

Abhay is absolutely torn between his devotion for the goddess and his duty towards the king as well as his wife on one hand and his love for Kusum on the other.

With Neel being a household name owing to his iconic appearances on Bangla TV, the play was a treat for the city audience. — TNS