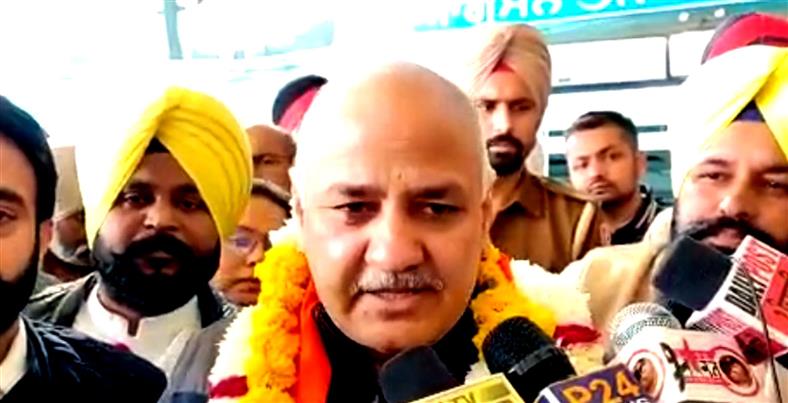 The Aam Aadmi Party (AAP) leader and Delhi Deputy Chief Minister Manish Sisodia interacted with various traders, businessmen, industrialists, educationists and teachers in Hoshiarpur and Dasuya. The interaction was aimed at understanding the needs, challenges and problems of the businessmen and the education system so that practical solutions can be provided to them. He said all traders and businessmen have many problems, but they also have the solutions. The only thing lacking is the political will. Sisodia said every trader, small and big, including industrialists and businessmen of Punjab, knows what their problem is and its solution, the government just has to listen to it.

He said it was unfortunate that the politicians of Punjab not only neglected the industry, but also lost the trust of the people for strengthening the education system. He said before the AAP government in Delhi, the attitude of the people towards government schools was despondent, similar to that of Punjab. But, the AAP with its political will held meetings with academicians and teachers, found solutions and implemented the policy of solution and today the government schools of Delhi were at such a stage that their example was being given in the country and abroad.

Sisodia alleged that the political interference was ruining the industry of Punjab as firstly the leaders ask for their share and then the inspectors ask for commission. “Unless traders, businessmen and industry do not get exemptions and facilities, by that time neither employment will increase nor any state or country can progress”, said the AAP leader.

Sisodia said the much fraud takes place under the guise of affidavit that is why Arvind Kejriwal abolished 454 types of affidavits in Delhi and 140 types of facilities are available sitting at home by just dialing 1076. He said that only when the politics of the country would be honest for education and business, the country would develop.