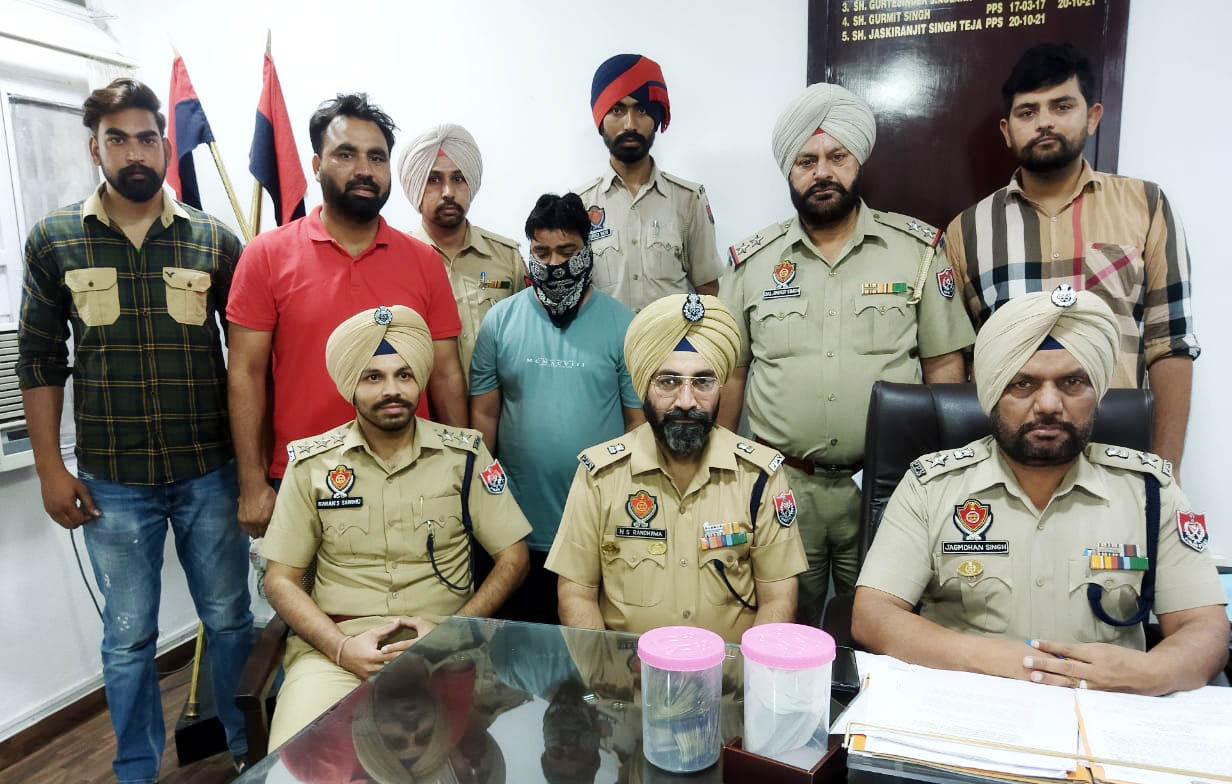 The accused in the police custody on Saturday. tribune photo

Clearing the mist over the alleged robbery, the Police Commissionerate have nabbed Partap Kumar for weaving a fake story regarding the loot of Rs 70,000 from him.

Divulging the details, Commissioner of Police Gurpreet Singh Toor said a robbery incident was reported on Thursday wherein the complainant, Partap Kumar, stated that three bike-borne youths chased and asked him to hand over the bag containing the money, which he had collected from the shopkeepers as a salesman of Airtel Company.

He said swinging into action, police teams started probing the matter and checked the footage of CCTVs at several locations in which no such bike-borne robbers were traced. After that the police interrogated Partap Kumar who then revealed that he had concocted a plot to waive his entire debt.

The CP said as per the statement of the accused, he was working for another firm Pankaj Enterprise to which he owed Rs 98,000. The accused further revealed that he had collected Rs 70,000 from shopkeepers as an Airtel salesman, which he handed over to Pankaj Enterprise as repayment of his debt instead of depositing this money with Airtel Company.

He also mentioned that to escape any action from Airtel Company, Partap Kumar hatched a fake robbery incident and claimed that the entire amount which he had collected for Airtel Company was robbed by bike-borne robbers, who also looted his two mobile phones. The police have also recovered Rs 69,000 and two mobiles which the accused had claimed to have been robbed.