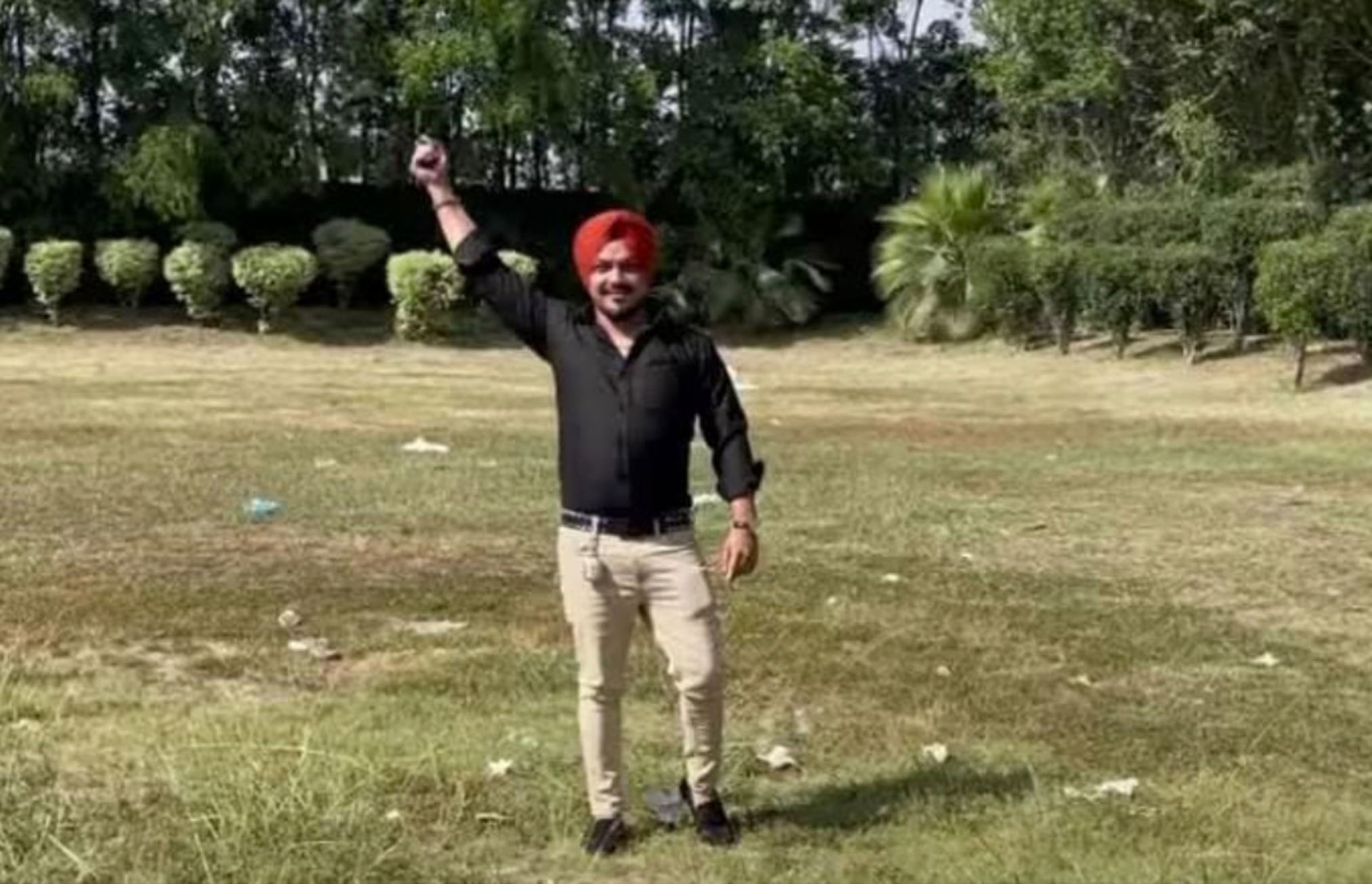 Trying to flaunt his pistols, a youth fires in the air. He was later booked by the police.

A 35-year-old youth, Amarjit Singh, was on Wednesday shot down by two unidentified bike-borne persons at Salkalan village in Banga subdivision here.

Kiranjot, a family member, said two bikers had come to their place and said that their friend was calling him. Amarjit followed them shortly. A few hours later, a vegetable vendor passing by the road spotted a body and told villagers about it.

As villagers came out, they saw Amarjit lying dead with an injury mark caused by a gunshot on his chest. Family members said the victim, who is married and was doing farm labour, had no personal enmity with anyone. SHO, Banga, Sadar, Amarjit Singh and DSP Banga Gurpreet Singh said a case of murder had been lodged and investigation was on to find out who the bikers were. “We are scanning CCTV footages to know the identity of the accused,” they said.

3 held for firing in Nakodar

Nakodar (Sadar) police have arrested three miscreants on the charge of firing at a house in a village. Investigating Officer Tirath Ram said the accused have been identified as Lovepreet Singh, alias Sheru, a resident of Kesar Pur village in Kapurthala, Gurwindar Singh, alias Gopa, and Soni, alias Kama, residents of Bhandal Dona village in Kapurthala. Kuldip Singh, a resident of Sahem village, had lodged a complaint with the police that three motorcycle-borne miscreants opened fire on his house on May 10 last year. He said the bullets pierced through the main gate of the house and a vehicle parked inside, adding that the incident was recorded on cameras installed at the gate. The investigating officer said a case under Sections 336 and 34 of the IPC and Sections 25, 54 and 59 of the Arms Act was registered against the accused. — OC

Indiscriminate use of weapons goes unchecked

In another incident related to indiscriminate use of weapons, a youth from Jalandhar, who runs a shoe store in Sheikhan Bazaar, got caught in a piquant situation. In sheer ignorance, he had attempted to flaunt his two pistols and a rifle and even shot fires in the air in an open ground. He got its video made. He further made another mistake by uploading this video on his Facebook account. The video went viral and the police rounded him up. His investigation is still on.