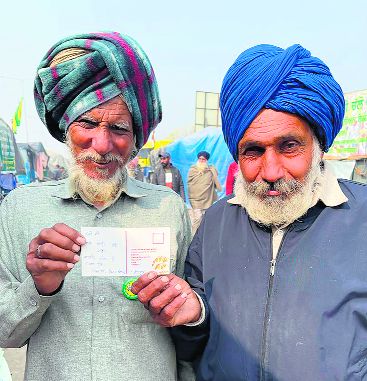 In the postcard initiative, volunteers invite messages with regard to the farmers’ movement. The tagline is on the lines of PM Narendra Modi’s radio programme ‘Mann Ki Baat’.

Discussion on the farmers’ movement is not limited to one region or a country, but it is everywhere. Everyone is doing their bit to lend their support to the farmers.

A group of enthusiastic and thoughtful volunteers from different cities around the world are working on a very interesting postcard initiative called, #MannKiBaatSuno, wherein they invite messages from all over the world with regard to the farmers’ movement. The tagline for this campaign is on the lines of Prime Minister Narendra Modi’s radio programme “Mann Ki Baat”. 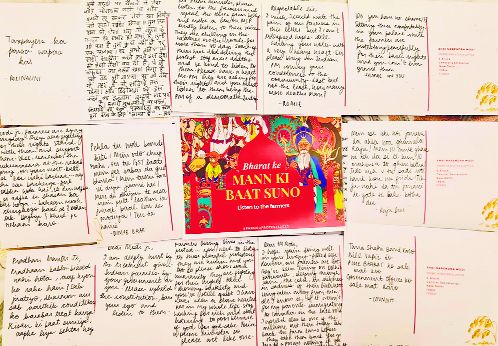 The group is working under the name of ‘Hamari.awaaz’.

As per the information, there are currently six volunteers working on this initiative day and night from different countries. The volunteers are Kanwar Kaur, Manu Buttar, Neet Kaur, Sartaj Singh, Param Singh and Arsh Singh.

Those working with the group expressed that they were trying to unite the nation and the world for a common goal by writing to the Prime Minister of India.

“With this initiative we are hoping to give the commoners a safe platform where their voices can be heard without any judgement, discrimination on the basis of colour, religion or race,” the volunteers shared.

“We all want a peaceful resolution to the stalemate. We have been reaching out to people online and then getting messages from those sitting in support of farmers at the Singhu and Tikri borders. Right now we have gathered every message and our volunteers transfer the same message on to the postcard (handwritten message),” said Manu Buttar.

“We had expected to get 50,000 postcards, but the way we are receiving messages from folks around the world, we believe that the number would cross the 50,000 mark,” Manu shared. A message from Beant Kaur reads, “Modiji, don’t you see the annadata sleeping on the road in these cold nights. Please have some compassion.”

Another message from Nikita reads, “You should be distressed to see people dying at the protesting sites in Delhi. Over 70 farmers have lost their lives, how many more people have to die to awake the humanity inside you? Please take back these black laws and let this nation bloom.”