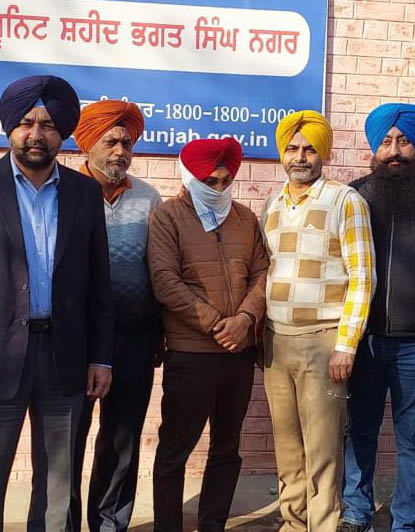 The Punjab Vigilance Bureau (VB), under its anti-corruption campaign on Saturday, arrested an assistant field officer of Markfed, Gurlal Singh, for allegedly demanding a bribe of Rs 35,000 from someone.

A spokesperson for the VB has said that the accused official was arrested following an investigation into an online complaint lodged through the Chief Minister’s anti-corruption helpline.

The complainant — Rajiv Kumar of Banga — is a commission agent in the Banga grain market. He had alleged that the Markfed officer was initially demanding one rupee for each bag as bribe for purchasing 52,000 bags of paddy from his shop in the last season. However, he later settled for a bribe amount of Rs 35,000. But the complainant was loath to pay him any bribe. The VB has registered a case against the accused under Section 7 of the Prevention of Corruption Act.