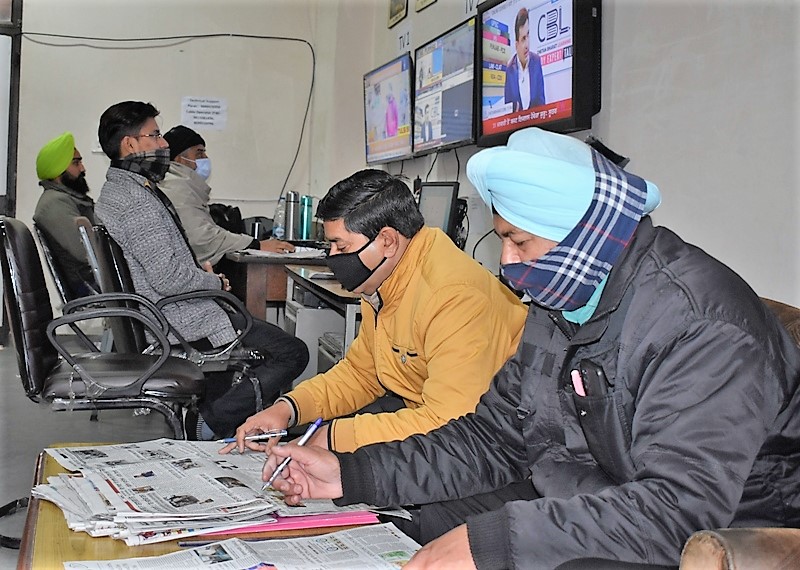 MCMC staff will keep a close watch over print, electronic and social media in Hoshiarpur.

To ensure free and fair elections in the district, the District Electoral Officer-cum-Deputy Commissioner, Apneet Riyait, on Friday said pre-certification from the district-level media certification and monitoring committee (MCMC) is a prerequisite for putting out the advertisements on TV, radio, cinema hall, bulk messages, social media and e-paper. The application in the proforma prescribed for the purpose must be submitted three days prior to the telecast of the advertisement.

She said the MCMC has been formed at the district level as per the directions of the Election Commission to keep a strict watch on the paid news during the Assembly elections and it has started functioning already.

The district election officer said all newspapers, radio, TV, e-paper, cinema hall, bulk messages and social media are under the lens of the MCMC. If any paid news published in any media comes to its notice, the Returning Officer would send a notice to the candidate concerned to which the candidate concerned must file a reply within 48 hours and the district-level MCMC would take a final decision on it.

The required proforma for application is available on the website of the CEO, Punjab or visit the office of the MCMC in the District Administrative Complex. “The applicant must supply two copies of the audio-video advertisement along with the written script for the consideration of the MCMC for pre-certification of advertisement to be put out in the electronic media. The script must be attested by the candidate”, said Riyait.