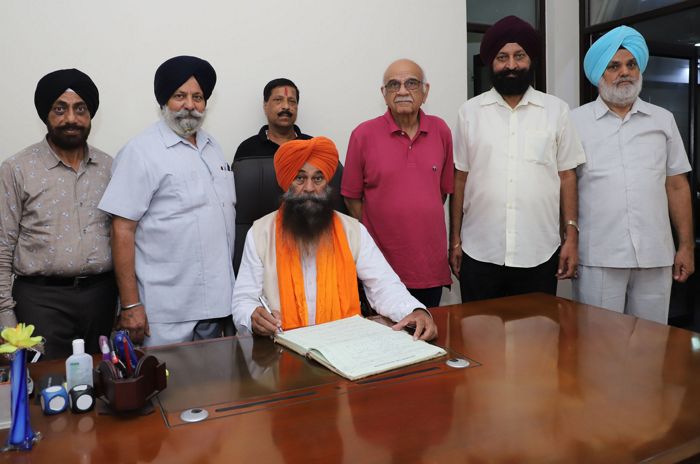 Members of the NRI Sabha (Punjab) took exception to its ex-president Pritam Singh Narangpuri’s act of declaring himself as the working president of the body and occupying the chair this afternoon.

Members of the NRI Sabha (Punjab) took exception to its ex-president Pritam Singh Narangpuri’s act of declaring himself as the working president of the body and occupying the chair this afternoon.

Narangpuri had been claiming since last evening that he had been appointed as the working president of the sabha since the elected president Kirpal Singh Sahota was residing in the US. The staff of the NRI Sabha said they asked him to show a letter from the government or the Department of NRI Affairs as per which he could occupy the seat but he told them that it was lying at his place and he forgot to bring it along.

NRI Sabha in-charge Darshan Singh said he was not in the office on Wednesday when the incident took place. He said he too would have to take up the matter with higher officials tomorrow.

Ex-president of the sabha Jasvir Singh Shergill said, “Narangpuri is cooking up a fake story. The sabha’s constitution does not allow any such arrangement. I have personally called up the minister and department officials to check if any such orders had been passed and they confirmed that no such decision had been taken.”

He added that when he was the sabha’s chief in 2014, he had even started a move to cancel his membership as he could not produce the required documents to confirm his NRI status. So, he cannot in any way himself assume the charge as the sabha president.”

Meanwhile, Narangpuri sent across a self-signed note mentioning that a meeting was held in the office of the NRI Sabha and that he had been appointed as the working president by the Department of NRI Affairs in place of Sahota. He said eight members — Jagjit Singh Sodhi, SK Chopra, Paramjit Singh, Amrik Singh, Sukhchain Singh, Jarnail Singh, Avtar Singh and Mohinder Singh — were present in the meeting.