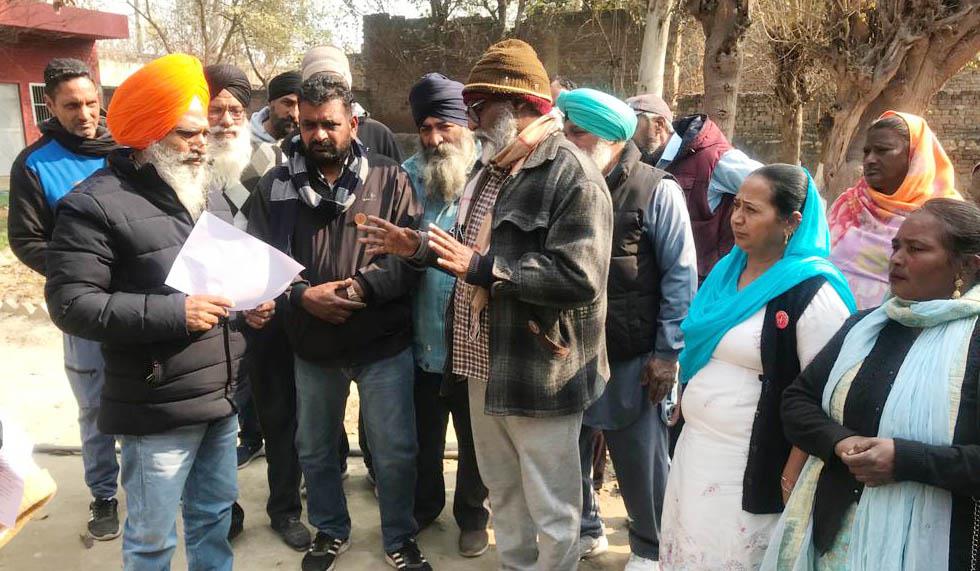 MGNREGA workers hand over a demand letter to the Mehatpur BDPO. Tribune photo

Mehatpur block MNREGA workers today held a rally on their various demands under the Pendu Mazdoor Union here today. After holding rallies, workers of various villages handed over a demand letter to the BDPO Mehatpur demanding 100 days of employment under MGNREGA rules to workers. A task in which the administration, they said, had completely failed.

In their demand letter to the BDPO, they said they had made the same demand many times in writing. They also said they had written to the Deputy Commissioner on the issue several times and also complained regarding panchayats which had lakhs of rupees of labour budget pending with them. Similarly, they had complained against various departments, darin department, Punjab Mandi Board, Forest and Agriculture Department, which they said had ample opportunity to give work to MGNREGA workers.

Yet the 100-day job guarantee law was being violated. They said if the labour budget lay unspent for few more months it would lapse. They said workers would be forced to starve of if they did not get work. To raise their demands regarding the same, morchas and protest across the state was the only option left with them.