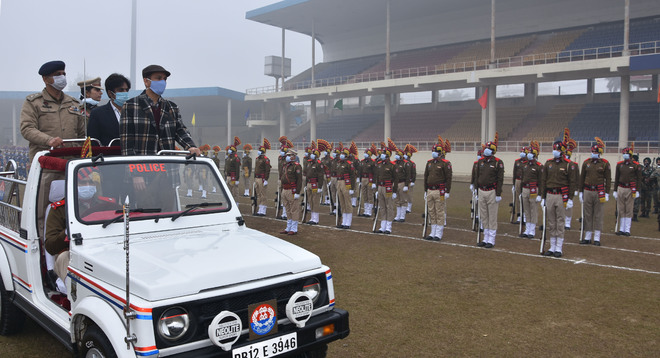 During the rehearsal, the Deputy Commissioner unfurled the national flag and the march past was led by parade commander Jyoti Yadav.

Thori gave necessary directions to officers regarding fool-proof preparations for the mega event in which Social Security, Women and Child Development, Minister Aruna Chaudhary, would unfurl the Tricolour.

The DC said preparations for this mega event were going on in full swing and every effort would be made to make sure that the auspicious day was celebrated with fervour.