Police: Was upset with Armaan’s closeness to a girl, whom he also liked 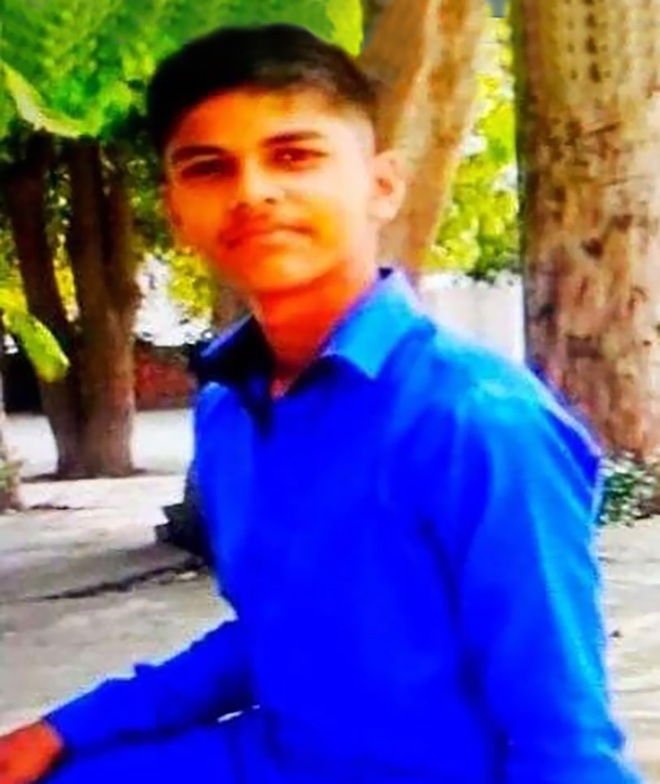 A day after a 17-year-old boy was found dead at his residence in Lalkurti area in Jalandhar Cantt, a city police team on Tuesday arrested his friend, who is also a minor, for killing him with a cricket bat. The deceased was identified as Armaan Kumar.

Terming it a “love interest”, Commissioner of Police Gurpreet Singh Bhullar said the accused was upset with Armaan for his closeness to a girl, whom he liked.

Owing to grievous injuries on his head, Armaan’s body was spotted lying in a pool of blood. The incident was reported late on Monday evening, when the boy was alone at home. While his father is an NRI, who stays in France, his mother had gone to Himachal Pradesh to pay a visit to her maternal home with her daughter.

One of his friends, who came to take him along to play football, and his grandfather found him injured and unconscious. After raising an alarm, Armaan was taken to a nearby private hospital, where he was declared brought dead.

Bhullar said the Cantt police have registered a case under Sections 302 and 34 of the IPC on the complaint of Ashok Kumar, who told the police that his grandson Armaan was studying in Class XII at KV-4.

“On receiving an information of the murder, DCP Balkar Singh, ADCP Ashwani Kumar, ACP Major Singh, ACP Kanwaljeet Singh, CIA Heads Harminder Singh and Ashwani Kumar rushed to the spot and started with the probe. Both victim and accused were classmates till Class X and the victim was friends with a girl, who, too, was a minor. The arrested juvenile used to like the girl and was upset with her friendship with Armaan,” Bhullar said.

ACP Major Singh, who was the part of the investigating team, said the case was traced after they received the bat that was used to hit the deceased and a video that was made right before his murder, in which both of them were posing. The accused attacked the victim on his head and face with a cricket bat and later strangled him.