Missing from Lucknow since 2006, Hariana man reunited with kin 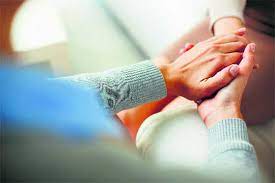 The police have reunited a person in Hariana town of Hoshiarpur with his family, who had been missing for about 16 years from Lucknow in Uttar Pradesh.

Hariana Station House Officer (SHO) Baljinder Singh said Haridwar, son of Pyare Lal, a resident of Bahraich district in Uttar Pradesh, informed the police that his younger brother, Puran, who was speech and hearing impaired, had accompanied his mother to satsang in Lucknow in November 2006 and got separated from her. Puran was 18 years old at that time. They searched a lot for him but could not find him. Haridwar told the police that his cousin Shankar who works in Baghpur, had informed that Puran was seen working in a sweet shop at Bagpur. Getting the information in this regard, immediate action was taken by SHO Baljinder Singh along with his police team and they reached Bagpur.

The owner of the shop told the police that Puran used to roam outside this shop and they used to give him something to eat. Later he started working in their shop for almost two years. Later, SHO Baljinder Singh handed over Puran to his family members.

Puran a Hariana resident is speech and hearing impaired. He had accompanied his mother to a satsag in Lucknow in November 2006 and got separated from her.