Pipes were laid for direct water suppy, but streets have not been re-carpeted leading to another problem 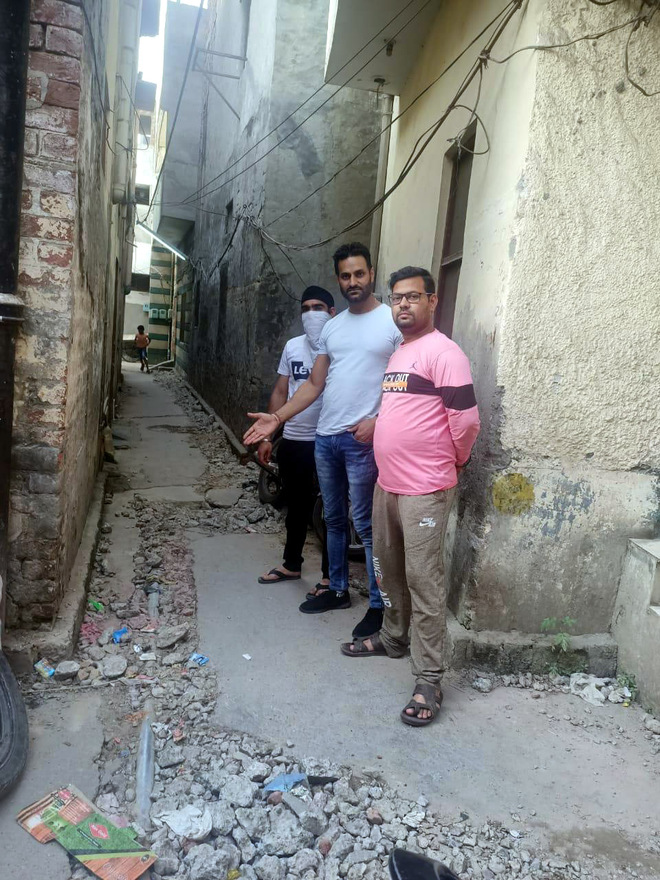 Scarcely had residents of Mohalla Karar Khan got respite from contaminated water after more than a decade when they started facing another civic issue. Councillor Davinder Rony said though the water pipes were laid, the roads had not been re-carpeted, leading to a bigger problem in the ward.

The residents are a harassed lot and have been continuously demanding help from the councillor. Rony said, “The provision of direct water supply to the houses in the mohalla is an achievement in itself and I had been fighting for it ever since I became a councillor. But now, this problem has become another issue. I am going to raise this matter with the Municipal Corporation now.”

Notably, for the past many years, residents of Mohalla Karar Khan, Ward No. 66, had been facing the problem. Around 25 houses were the worst affected and the residents were compelled to fetch water for their daily needs from a nearby gurdwara. Leaking sewers and water pipes had not been changed for years together and residents were unable to get out of the problem even after several complaints.

Davinder Rony, Independent councillor from Ward No. 66, said he had been approaching both the Mayor and the Commissioner but to no avail. He had estimated that an expenditure of around Rs1.50 lakh had been passed for the laying of new pipelines in the area. But even after facing several problems, he didn’t stop and kept on fighting for his ward residents.