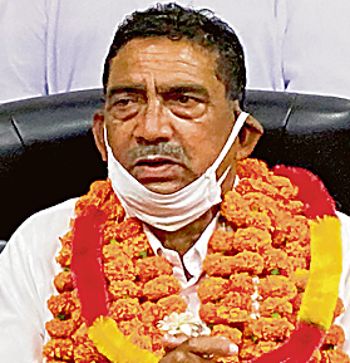 Councillors Mohinder Ram and Vaibhav Sharma were elected as the president and vice-president of the Phillaur Municipal Council respectively, under the leadership of former Punjab Youth Congress President and Phillaur Assembly in-charge Vikramjit Singh Chaudhary here on Friday.

The election was held during the first meeting of the newly-elected members of the house and the proceedings were conducted by SDM Dr Vineet Kumar. The Congress party had won 11 seats out of total 15 in the local bodies elections held in February, but all the members unanimously supported and voted for the nominees proposed by Vikramjit Chaudhary.

The Phillaur Assembly in-charge congratulated the councillor from Ward No. 14 Mohinder Ram and that from Ward No. 8 Vaibhav Sharma on getting elected unopposed. He said people of the city had high expectations as they reposed their faith in Congress again during the civic elections, adding that he hoped that both Mohinder Ram and Vaibhav Sharma would work hard to fulfill the promises made to the people.