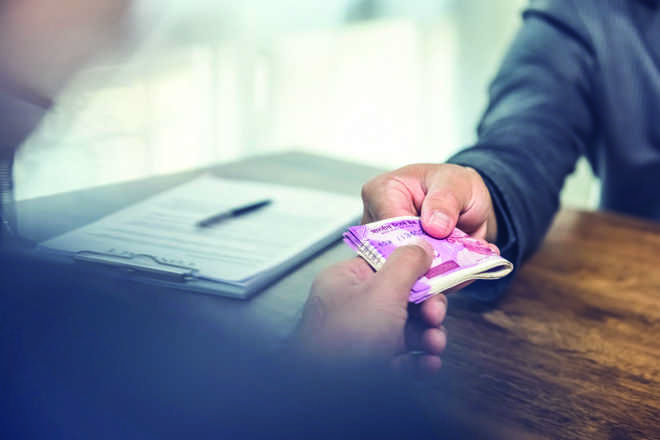 The Vigilance Bureau on Tuesday caught Kanungo Om Parkash posted at the tehsil office in Nawanshahar red-handed while accepting a bribe of Rs 5,000.

SSP, Vigilance Bureau, Diljinder Dhillon said the accused was arrested on the complaint of Gurmukh Singh of Mahal Khurd village in Nawanshahr. The complainant had informed the VB that the accused was demanding bribe to forward inquiry report regarding his numbardari case.

He further informed that he had already paid Rs 15,000 to the accused and now he was demanding Rs 5,000 more from him. After verifying his complaint, a VB team laid a trap and the accused Kanungo was arrested on the spot while taking a bribe of Rs 5,000 more from the complainant in the presence of two official witnesses. He said a case under relevant sections has been registered. — TNS