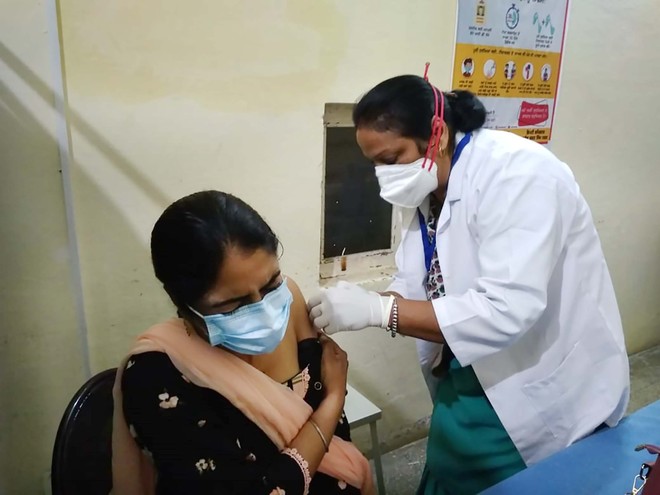 As many as 68,108 persons have been vaccinated in district so far.

When the number of cases and Covid-related deaths in Jalandhar are rising at an alarming rate, the situation seems to be under control in its neighbouring district Nawanshahr. In the last four days, no death related to the virus has been reported in the district. Also, the number of cases has reduced. The district reported 35 cases on Sunday.

Also, Sujjon block that reported a maximum number of positive cases last week and was declared a containment zone, reported no new case today and only two cases were reported from the block on Saturday.

Civil Surgeon Gurdeep Singh Kapur said with the efforts of the district administration and the Health Department, the recovery rate too was more than 93 per cent there. “The ignorant behaviour of people is still a concern. They can be found roaming around without masks and practising social distancing,” he said.

The Civil Surgeon added that health teams had been going to every village and inspecting vaccination centres. “The teams motivate people in the villages to come forward and get inoculated for their own good,” he said.

So far, a total of 68,108 persons in the district have been vaccinated and 3,195 people were administered the vaccine on Sunday.

On this, the Civil Surgeon said they had largely focused on contact tracing. “If a person is found Covid-positive, they try to trace his 20 contacts and home isolate them,” he said.

In Nawanshahr and Balachaur block, 114 and 410 persons received the jab, respectively. As many as 805 persons in Muzaffarpur and 670 in Mukandpur received the shots. In Sujjon block, 737 people got inoculated. In Saroya and Banga, 390 and 69 persons turned up for vaccination respectively. The death rate of the district is 2.67 per cent.