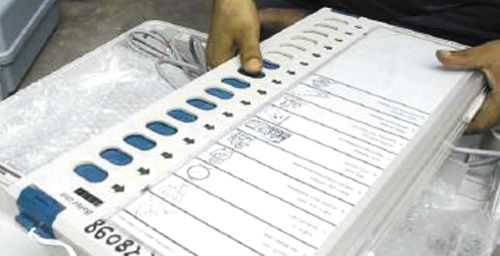 Shaheed Bhagat Singh Nagar district will have six women-managed pink polling booths during the Assembly elections next month, an initiative that aims at encouraging their participation in the poll process.

Deputy Commissioner Vishesh Sarangal said each of three Assembly segments would have two such booths. These will be exclusively managed by women teams during the polling on February 20, he said. He said the entire staff in such polling booths, including the security personnel, would be women.

He said the polling booths would be distinguished by its pink design, including pink walls and table covers.

Envisioning this instrumental step, Sarangal said the move would help to break the gender stereotypes that women employees are usually reluctant in doing election duties whereas the women are excelling in every area of the society through their hard work and dedication.

The DC said this is a leap towards women empowerment and gender equality.

Sarangal said this would also boost the confidence in the women polling staff thereby encouraging them to perform their duty far more diligently and efficiently besides would also send a message among the women voters to participate in the voting process in large numbers.

Sarangal also said 45 model polling booths, 15 in each three constituencies, would be set up in the district on the date of polling.

Sarangal said the administration will also set up a “divyang” polling booth for physically challenged in the Nawanshahr constituency, which will be managed by persons with disabilities

The registered persons with disability (PwD) voters will be provided free pickup and drop service to the polling booth.

Reviewing the preparations of facilities for the PwD voters here, Deputy Commissioner Vishesh Sarangal said as per the directions of the Election Commission, the decision has been taken to make the electoral process more accessible to the PwD voters and enhance their participation in elections.

He said the district has 5,381 PwD voters in three assembly segments, including 2,274 in Banga, 1,359 and 1,748 in the Nawanshahr and Balachaur constituencies.

The DC said the administration has prepared an elaborate movement and facility mechanism for the PwD voters, including sufficient number of vehicles in each assembly segment, ramps, wheel chairs, volunteers, extra seating or resting points of them and other facilities would be ensured at 614 polling booths during polling day on February 20.

Exhorting them to avail the facility, Sarangal said the PwD voters can contact their respective booth-level officers (BLOs) following which the vehicles would be sent to their homes/places for pick and drop facility on the polling day.

He added that the district administration is committed for ensuring wider participation of PwD voters in the democratic process and said it would leave no stone unturned to facilitate the PwD voters so that they do not face any kind of trouble while casting their voters.

However, he mentioned that PwD voters can also opt for postal ballot facility in case their health doesn’t permit them to visit the polling booth. He said that the administration has already sent 12-D forms to them for the confirmation of casting the vote through postal ballot.