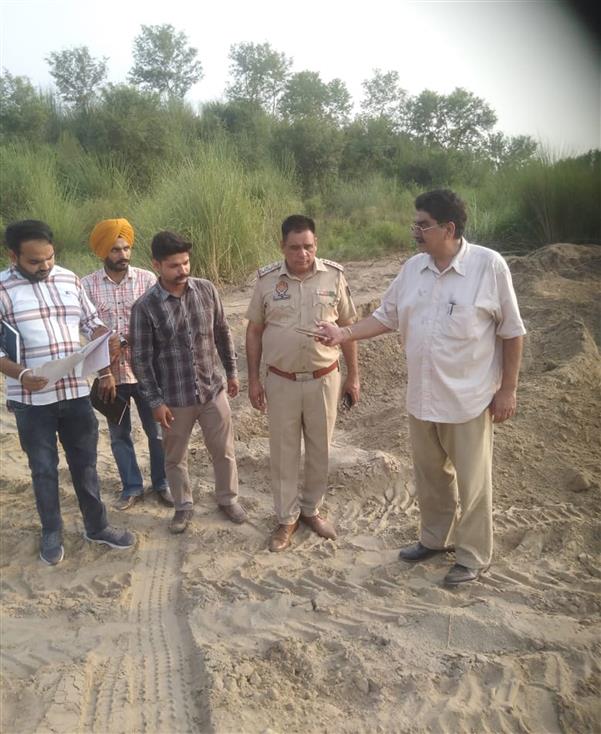 Paying a surprise visit to Rattewal in Balachaur sub-division, Deputy Commissioner NPS Randhawa directed the Mining and Police officials to tackle the illegal mining activities as per the law without any delay.

Divulging details, DC Randhawa said the Punjab Government had allowed only one mining site at Rattewal whose permit validity was October 1, 2022. Apart from that, any mining activity would be treated as illegal as per the Miner Mineral Rules.

He said previously, a section of media had put forth a case of mining activity in the Rattewal area, but on investigating the matter, the mine in question was found legal having permit validity till October 1, 2022.

He said that he visited there to check the mining activity and found that there was a site other than reported by the media having signs of mining activity.

The DC said he had directed the mining and police officials present there during his visit to take action against the land owner. Assistant Mining Officer Jagnandan Singh said the revenue record of the land had been procured and preliminarily demarcation of the land with a notice to land owners would be done before lodging an FIR.

Randhawa, issuing warning to the persons indulged in illegal mining, said the law would take its own course and no one would be spared if found guilty. He also directed mining officials to monitor all pockets in their respective areas to check the illegal mining.