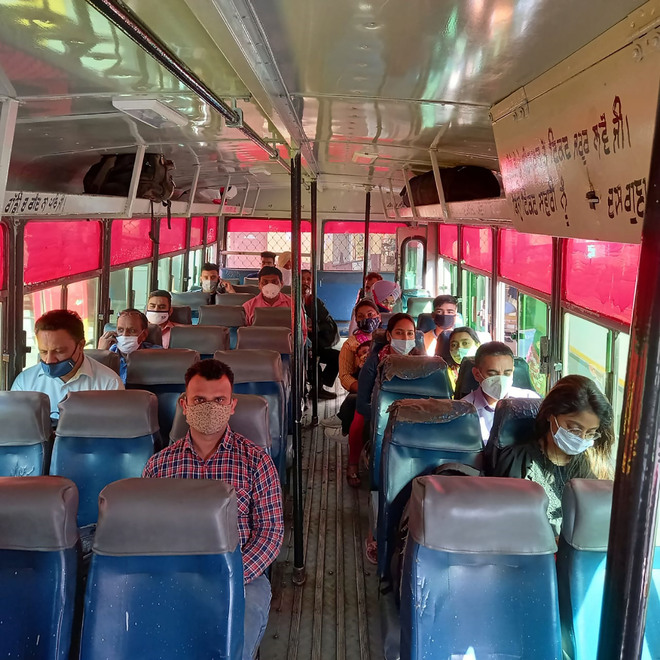 After the announcement of free travel for women in the state roadways buses, nearly 5,000 women have availed the facility from the Jalandhar Roadways Depot in the last two days. Tribune Photo

After the announcement of free travel for women in the state roadways buses, nearly 5,000 women have travelled free of cost from the Jalandhar Roadways Depot in the last two days so far.

While quoting the figures Punjab Roadways General Managers Tejinder Sharma and Navraj Batish said that a total of 4,949 women passengers have availed the facility through the fleet of 185 government buses of both the depots in two days.

On the launch day, as many as 1,529 women travelled free of cost whereas 3,462 beneficiaries availed the facility on the following day. They said the government has spent a whopping amount on the scheme so far.

The GMs further stated that adequate arrangements had already been made in the buses before the official launch of this scheme. They mentioned that various software updates were inculcated in the ticketing machines besides the introduction of panic buttons and GPS tracking systems in all the buses to ensure the utmost safety of women travellers.

Sarabjit Kaur, a daily passenger, while sharing her experience lauded the state government’s decision. She said that apart from free bus services to women, the panic button and GPS tracking of buses would accord top priority for their safety besides infusing a sense of confidence and security among them.

Another passenger, Baljeet Kaur, said the decision would make a long-term impact from the standpoint of socio-economic welfare of women as it would encourage girls of distant areas to rush to major cities to pursue their dreams of getting a higher education and better employment opportunities.