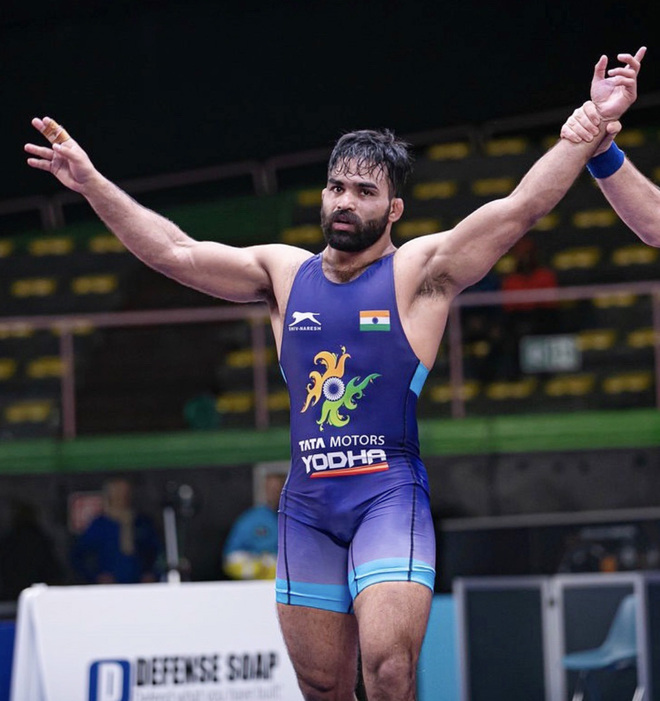 India’s one of the most accomplished Greco-Roman wrestler Gurpreet Singh is preparing for the Olympics 2021 qualifiers these days. Posted as Sub-Inspector here at PAP, the ace wrestler needs no introduction. Ever since he started his journey, his victories have always kept him atop. However, behind the series of achievements is immense hard work he puts into practice to make his mark on mat.

He used to wrestle as a child but started taking it seriously as a 15-year-old. “Even at that time it wasn’t easy for me to take up the sport. The coach in our area refused to train me because I was overweight, compared to other kids,” he talks of past.

Slimming down was somehow a big hurdle that he eventually crossed. Later in the year 2011, he played his first sub-junior championships and won a bronze. “It boosted my confidence to continue with the game,” he says. Just when it looked the best of times for smooth sailing of career, injuries on the bounce flattened the rising curve.

Right after the event, a major injury on his right knee would sideline him for six months. “Later, within a few days of comeback, my wrist fractured which took another for-five months to recuperate. After almost a year, I restarted playing the sport and took technical training,” the memory is seared on Gurpreet’s mind. In the beginning days, he used to cycle 25 km everyday to reach the practice ground – his day would begin at 3 am.

While his father has a transport business, his grandfather used to wrestle in villages. Currently at national camps for the Olympics training, he practices for nearly six hours daily and analyses his videos to improve his game.

He is aiming to clinch a medal in the Games, for which he will participate in qualifying round in the next month.