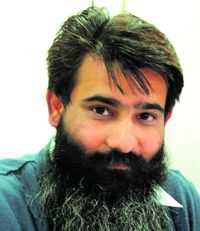 He said with the remaining supplies, the thermal plants could run for just about four to five days after which there could be long power cuts in the state.

Ashu, who was here to launch the smart village campaign phase-2, said the state might have to purchase power from the Central grid. He said the state government wanted the Centre to quickly resolve the farmers’ issues and protests against the farm Acts so as to avert this problem.

Coming down heavily on the BJP-led NDA government and the Shiromani Akali Dal (SAD) over farmers’ issues, Ashu said the Centre did not have an iota of pain being faced by the farmers and the SAD had been fighting just to save its political ground in Punjab.

Ashu further added that eight villages of Jalandhar East block had been selected for the second phase, followed by nine villages in Bhogpur block, nine in Mehatpur, nine in Noormahal, nine in Phillaur, 10 in Nakodar, 10 in Lohian, 10 in Jalandhar west, 10 in Rurkan Jalan, 11 in Adampur, and 11 villages in Shahkot blocks.

The opening ceremony was held simultaneously in 66 locations of the district in which a large number of sarpanches and panches took part through video conference. The participation of panchayats was observed as a step to enable and empower them to ensure the complete facelift of their villages.