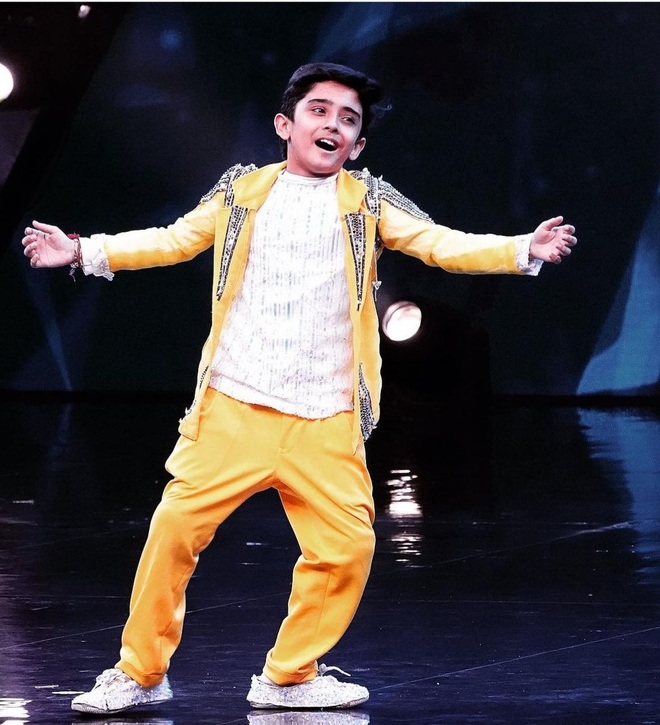 Nakodar-based dancer Sanchit Chanana, who blew the viewers’ mind with his extraordinary footwork received a warm welcome from people back home, for becoming the second runner-up of the Sony TV’s dance reality show ‘Super Dancer Chapter 4’.

The 10-year-old lad was eliminated in the audition round in the previous season of the show. However, with his sheer hard work and dedication, Sanchit took all comments in a positive manner and entered with a bang for Chapter 4. He gave an intense performance on the song Ek Prem Da Pyala Aaya, which left the judges astounded.

On receiving positive reviews from the judges of the show, and being among the winners, Sanchit said, “Dance is my passion and throughout the journey on the show, I took all comments that I receive in a positive way and did my best to work on it. I am very happy that the judges appreciated my performance and I noticed a difference from the previous season.”

Sanchit has been dancing for the last five years. He was working closely with choreographer Vartika Jha. In one of the episodes, featuring 90’s hit pair, Govinda and Neelam Kothati, Sanchit won hearts of the viewers after he grooved to the mash-up of popular Govinda numbers. He and Vartika left everyone awestruck with their whacking styles. Appreciating Sanchit, Neelam called Sanchit ‘mini Hrithik’ and Govinda gifted him a jacket.

Sunil Kumar Chanana, Sanchit’s father, who landed today with the dancing star here, said, his son has made the district proud. While Sanchit is a student of Class V at Mayor World School, his mother, Neetu Bala is a government schoolteacher.