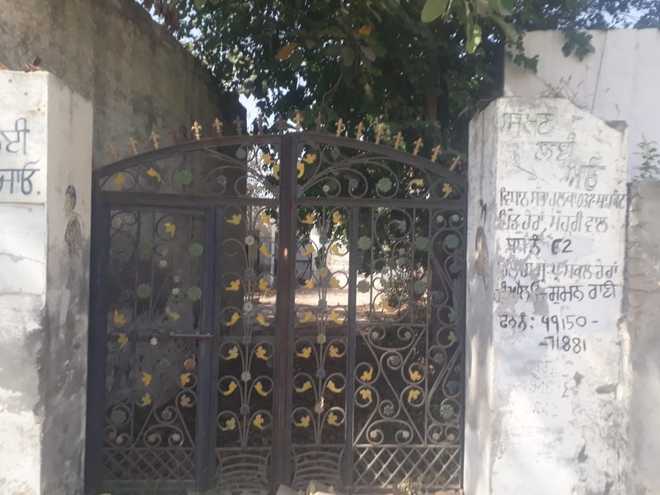 sad state of affairs: Officials of the Education Department are awaiting transfers and recruitment of teachers so that this school could get one.

Amid the pandemic, a school in Lohian block in Jalandhar district had not even a single student last year. The situation is still the same after a year. There is not even a single student in Government Primary School (GPS) Heran Boop Singh. Reason: there is no permanent teacher in the school. The school is lying closed and officially it is still on paper. Officials of the Education Department are awaiting transfers and recruitment of teachers so that this school could get one.

There were as many as eight students in the school in the session before the outbreak of the pandemic. But in the absence of a regular teacher, the strength kept on decreasing, and last year, not even a single student was admitted to the school.

As per information, a letter was written in this regard to the Lohian Khas Block Primary Education Officer (BPEO) in which it was mentioned that because teachers used to come on deputation in the school, the parents of students this session decided to admit their wards in a nearby school. A request to appoint a permanent teacher was also made in the letter so that students could be brought back to school. It is reported that until 2019 there was a permanent teacher in the school who was transferred and then every teacher came on deputation.

District Education Officer (Primary) Rampal had earlier said that the matter was in his knowledge. “The parents have shifted their wards to other nearby government schools,” he had said.

The District Education Officer on Tuesday said every information regarding the schools remained available on the e-Punjab portal and thus the matter might be in the notice of higher officials. “Now, we are waiting for the recruitment and transfer process of teachers which is going on and thus my priority will be to depute a permanent teacher in such teacher-less schools,” he said.

The officials hope that once the school gets a permanent teacher, students will definitely come.

Notably, there are several schools in the district where there are no permanent teachers and education providers are teaching instead. And there are schools where teachers come on a deputation basis (on rosters). The teachers teach for 10-15 days, and then another teacher joins, which creates problems for the students.