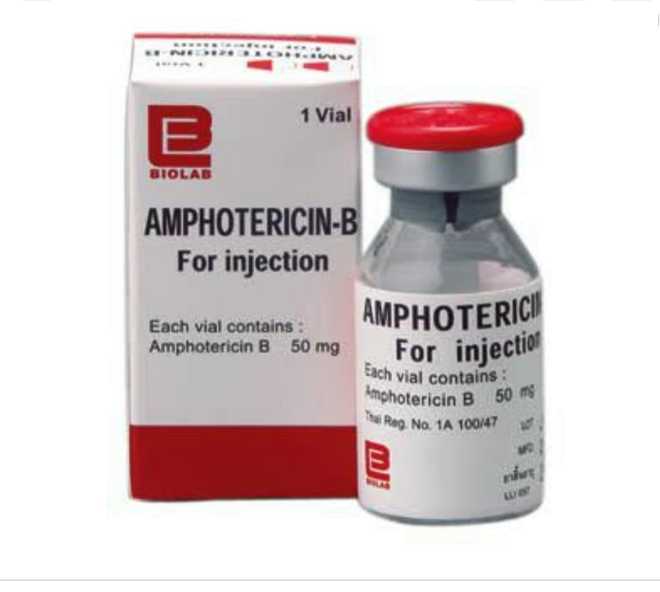 Earlier, there was not much problem for the attendants to get the vials of Amphotericin needed to cure such cases but this medicine has fallen short.

After reports of shortage of anti-viral Remdesivir and Tocilizumab vials, the attendants of coronavirus patients are now running around for medicines needed to cure black fungus. After it has been found that the Covid-19 patients have started contracting mucomyrcosis, the anti-fungal injections too have gone short in supply.

Though there are not many cases of black fungus being reported in Jalandhar, some hospitals have said they have seen a few instances of the same in the post-Covid stage of some patients. Dr HS Pruthi, chairman of Capitol Hospital, said, “So far, there have been eight-10 cases of black fungus reported at my hospital. While earlier, there was not much problem for the attendants to get the vials of Amphotericin needed to cure such cases but this medicine too has gone short since the past one week.”

The attendants of the patients said that getting the injections from the market had become a herculean task. “My father is admitted at a private hospital for post-Covid treatment as he developed multiple infections. The doctors have tried a variety of antibiotics on him but no major relief has been felt. They have conducted some tests and today told me to procure Amphotericin injections for the next line of treatment. I contacted a number of chemists and pharmacies all across the city but to no avail.”

The doctors discussed that while the supply of Remdesivir injections had become quite comfortable now, Amphotericin and Tocilizumab injections were not getting available to the patients. Dr BS Johal of Johal Hospital said he was comfortable with the supplies of Remdesivir as of now. He added, “Black fungus cases are found in patients with post-Covid complications for which they usually visit an ENT specialist.”

ENT expert Dr Sanjiv Sharma mentioned that fungal infections were more common in patients who have taken a high dose of steroids during the Covid-19 period and are immuno-compromised now. “This kind of infection is also common in the kidney transplant patients,” he added. Almost all doctors said the sudden spike in demand for the injections, which were earlier rarely used, had led to the short supply.”