Over 3K appear for NEET at six exam centres in Jalandhar 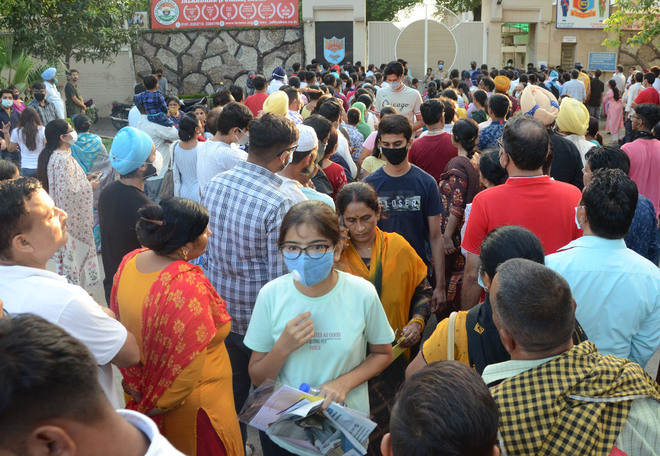 Students come out of an examination centre after appearing for NEET in Jalandhar on Sunday. Tribune Photo: Sarabjit Singh

Over 3,000 candidates appeared for the National Eligibility Entrance Test (NEET-2021) held at six centres in the city on Sunday.

Heavy traffic was witnessed both before and after the exam on city roads. The exam was held at Police DAV, Jalandhar; HMV College; Apeejay College; Emm Aar International School’ Adampur; Cambridge School, and Kendriya Vidyalaya 1 and 3.

While 720 students appeared for the exam at Police DAV and HMV College, 600 appeared at Adampur and at others 200 to 420 students appeared at different centres. No communication devices such as mobile phones, pagers, earphones etc. were allowed inside the centre and students were thoroughly checked at centres before entry. While the roads and through fares were marked by temporary traffic rush, overall the exam was carried out smoothly in the city.