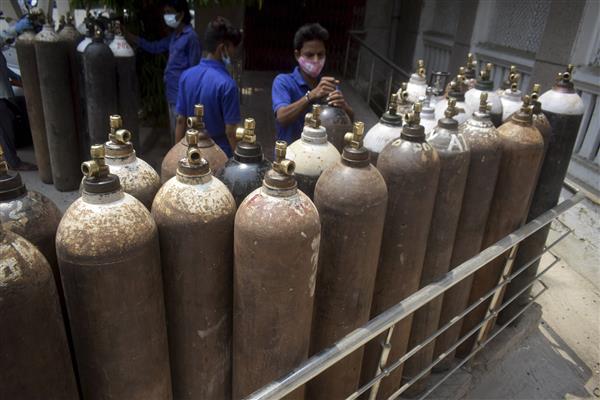 A Covid-19 patient reportedly died due to lack of oxygen at New Ruby Hospital here on Tuesday night, following which the family members of the patient created a ruckus alleging negligence by hospital management. - File photo

A Covid-19 patient reportedly died due to lack of oxygen at New Ruby Hospital here on Tuesday night, following which the family members of the patient created a ruckus alleging negligence by hospital management. The deceased has been identified as Balbir Singh, a resident of Sikandarpur. He was admitted to the hospital after he complained of chest congestion and breathing problem.

His son, Jatinder Singh, said when he brought his father to the hospital, the doctors advised to admit him. Considering his situation, they took his sample for Covid. “Unfortunately, he tested positive for the virus. “While we were not allowed to go near the Covid patients, we saw a chaotic situation from outside the ICU. Family members of a patient told us that the hospital was running out of oxygen cylinder and doctors were manually giving chest pumps to patients. Meanwhile, at around 8.30 pm, the doctors informed me that my father succumbed to the virus,” added Jatinder.

Rajwinder Singh, nephew of the victim, said doctors on Tuesday morning told them that the patient was fine and his oxygen level was 98 per cent.

Dr SPS Grover, an official at the hospital, denied the allegations and said there was no shortage of oxygen. Instead, the patient died due to severe Covid infection that had damaged his lungs.

Meanwhile, the SHO, police division number seven, who reached the hospital in the night, said the footages of CCTV installed in the ICU ward of the hospital had been procured.