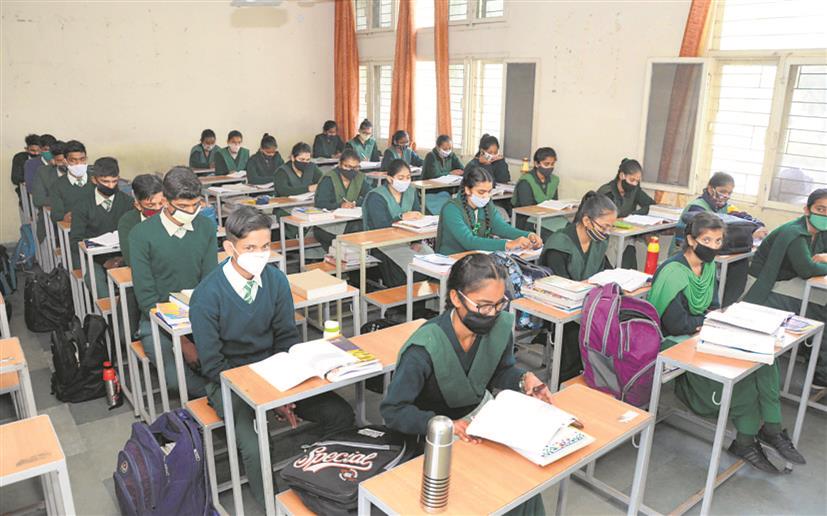 The CBSE’s decision evoked mixed reactions from school principals and educationists who demanded there should be a fair criteria for grading Class X students and a schedule be announced soon for Class XII examinees.

Aishwarya Sharma, a student of Class X, was up till 3 am on Tuesday.

Reason: She was preparing for her board exams, which she thought would happen in May. On Wednesday, after she heard the news of cancellation of the CBSE board exams, she didn’t know how to react. She’s among lakhs of students who were awaiting the announcement related to their board exams.

Aishwarya remained glued to the TV the entire day. Students made frantic phone calls to each other, posted messages in their school groups, just to confirm it was true or not. The pandemic has been bringing unwanted surprises for students, but this was the strangest of them.

As for now, according to the announcement, result of Class X student will be prepared on the basis of ‘objective criterion’.

Aishwarya said: “Suddenly, my relatives started sending me congratulatory messages as we will be promoted to the next class without appearing for exams. I don’t know what criteria will be followed, but I had been studying a lot, thus I am a bit disappointed.”

Those excellent in studies said there would be no difference between them and their counterparts.

Another student, Dhwani Sharma of Class X, also felt the same. Although she’s a bit glad that they won’t have to wait for another month for the exams to start, but she said the charm of appearing for exams cannot be replaced.

Meanwhile, postponement of Class XII exams has further confused students. They were hoping for some good news related to their date sheet, but they have been on tenterhooks.

Yuvraj Trikha, a Class XII student, said the delay was like torture for him. “I am a student of commerce stream. It’s very important that exams are held at the earliest and I get admission in a good college,” he said.

Jatinder Singh, Principal, MGN School Urban Estate, said parents of students studying in Class X used to ask him to conduct classes for XI. “Parents were worried that if exams are held in May, then classes will start in June. They were concerned about completion of syllabus,” he said.

Jatinder said he has been in the education field for the past 33 years and such a thing has never happened before. “As an educationist, I feel that proper evaluation is always important for students to grow, but as a human being, I think that the decision is definitely in favour of students because the situation is worrisome,” he added.

Rachna Monga, Principal of Sanskriti KMV School, said: “CBSE should have organised a survey where we could have expressed our views on the decision. It is a confused state now, both for the students and the teachers.”