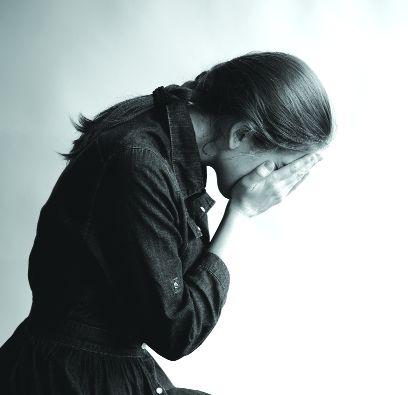 A 19-year-old girl committed suicide after she was prevented from meeting her friend by her father on November 16. On Wednesday night, an 18-year old, unable to bear penury and her mother’s separation from her father, also ended her life. On Thursday morning, an elderly woman committed suicide as she was under depression induced by her husband’s death and her separation from her children living abroad.

Many such cases are being reported on a regular basis. As many as 80 suicides were reported in the district during the lockdown until August.

Speaking about the 18-year-old girl, a student of Class IX, who committed suicide, SHO Bhargo Camp, Bhagwant Bhullar said: “The girl’s father went away two years ago. She lived with her mother. She was traumatised by the problems between her parents and also by penury. She was found dead by her mother on Wednesday evening, when she returned home after working at a factory.”

While mental health experts say financial constraints and Covid-induced anxiety are among the key reasons for driving people to the edge, women being homemakers are the worst affected by the scenario.

Psychiatrist Dr Nirdosh Goyal said: “There has been an increase in depression cases, especially among women during the pandemic. It wouldn’t be wrong to say that women are the worst sufferers. They themselves battle their own mental health issues. If a kid can’t go to school or a family member has a health problem, the mental impact of that, too, is borne by a woman. Women are bearing the brunt of Covid-induced anxiety. Previously they used to go out and meet friends, but that outlet was blocked during the pandemic. Their freedom has been curtailed, due to which they suffer from depression and anxiety. In many cases, mothers bear the impact of whatever goes wrong in their families. Middle class is the worst affected because not having money for healthcare induces panic and anxiety.”

A psychiatrist at the Civil Hopistal, Dr Sanjeev Khanna, said: “There was an alarming rise in the cases of mental health during the lockdown. The situation improved after the lockdown restrictions were eased. But mental health continues to remain an issue. In a majority of cases which we have seen, financial constraints and pandemic-induced anxiety remain the top causes of depression. Many working women who lost jobs and are unable to sustain households are reeling under depression. The pandemic has also acted as a trigger for some cases in which people are under depression, but healing. However, during Covid, their mental health condition aggravated again due to panic and anxiety.”