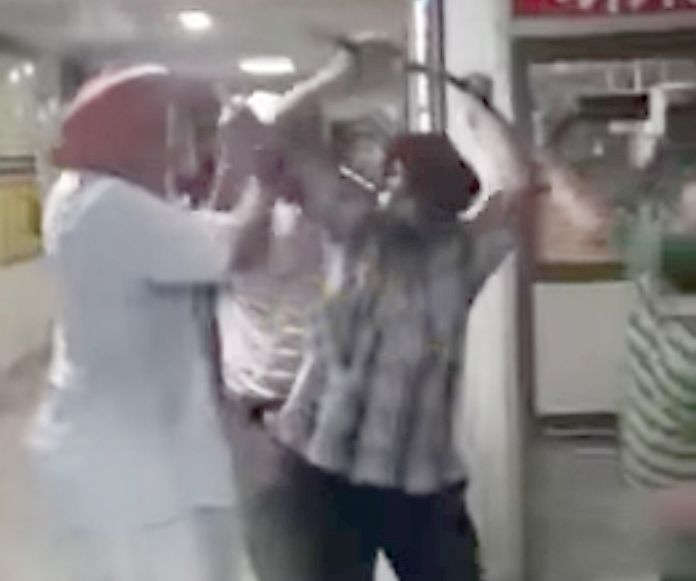 A video grab purportedly showing the clash at a local hospital.

A minor parking dispute at a hospital here at Rama Mandi took an ugly turn on Tuesday night after a fight erupted between a man and a parking attendant after the latter allegedly stopped him from parking his motorcycle at the wrong place.

The video of the incident, meanwhile, had gone viral in which around eight to 10 persons could be seen hitting each other with chairs, wooden sticks, helmets, etc.

As per Rama Mandi SHO Navdeep Singh, they received information from the police control room Tuesday night that two groups clashed over a parking issue at Johal Hospital. He said when the police team reached the spot it found the furniture kept near the reception lying broken.

He said a person, who sustained serious injuries during a road accident in Adampur, was brought to the hospital for treatment on Tuesday evening. “The person, however, couldn’t survive and was declared dead by the doctors. A person from Deol Nagar had come to meet the deceased family. When he went to take his bike from the parking lot, he had an argument with the guard over something, following which the clash erupted,” he said.

He added the matter was still under investigation as statements of both the parties were yet to be recorded. Meanwhile, hospital officials refused to comment on the issue.