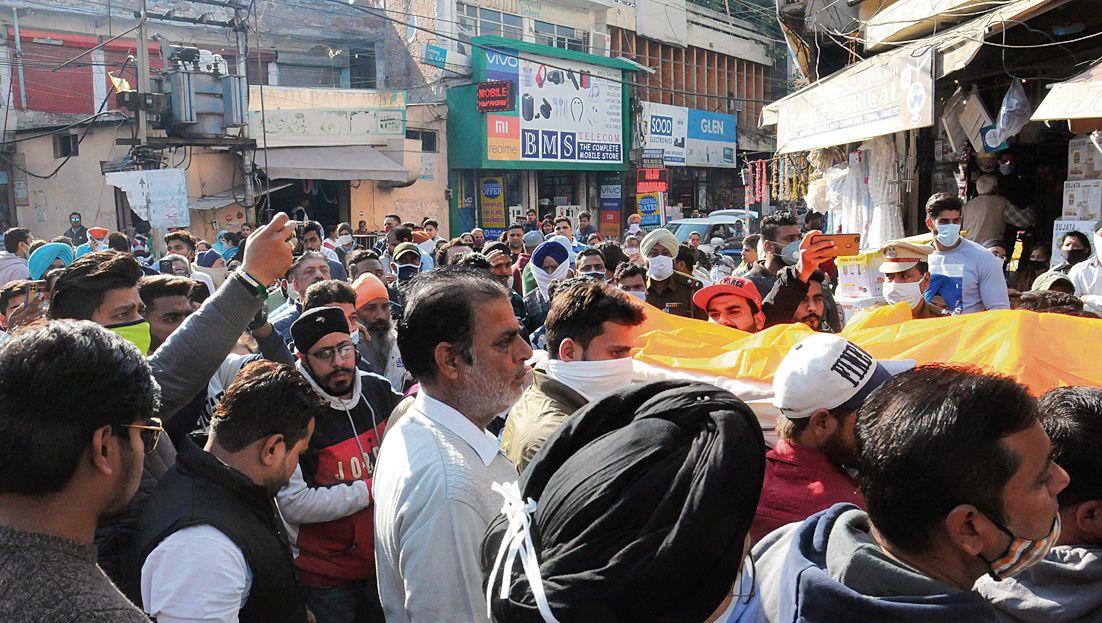 Relatives of Yovinder Singh, a 60-year-old dhaba owner who was murdered on Thursday over a petty issue, held up the Phagwara Gate market for over an hour on Friday in protest against his brutal murder.

Keeping his body at the shop where he died, they held up traffic and the market for over an hour. A huge jam was witnessed at the spot. The son of the deceased Yovinder Singh who was allegedly murdered by his neighbour Manohar Bhalla, said while the police had lodged an FIR, the accused was still at large.

Sixty-year-old Yovinder Singh was allegedly beaten up with rods by his neighbour and his son, following which he succumbed to his injuries.

A dhaba owner, Yovinder, used to run Jaggi Naan shop opposite Pratap Bagh in Jalandhar. He had an altercation with his neighbour over some utensils kept outside their shop. The feud reached to such an extent, that his neighbours Manohar Bhalla and his son Rinku Bhalla thrashed Yovinder badly, after which he died. Yovinder’s son Harjot Singh (32) also received injuries, but was out of danger.