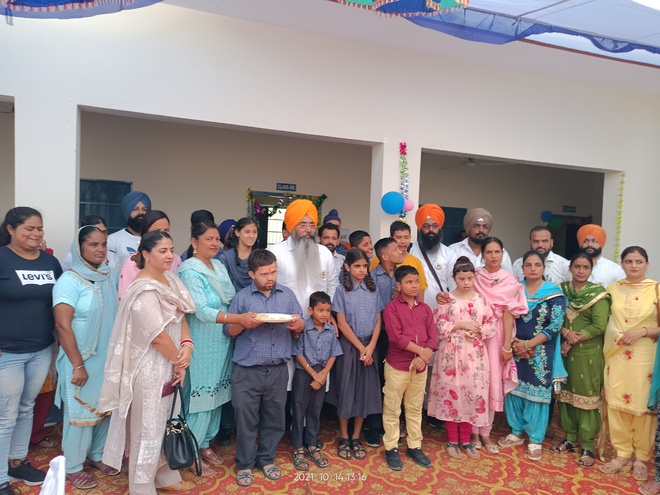 The school was in a complete financial crisis as the staff here had not been paid salaries for almost a year. The school was on the verge of closure which could have badly affected the prospects of 31 special children studying here.

The authorities approached Hussainpur, who had been engaged in various social works. He offered a mini-bus to school for ferrying all children from home to the school, besides committing to provide full expenses of the school in future.

Son of SGPC member Mahinder S Hussainpur, he announced that he would ensure that counsellors and psychologists also visit the school on a regular basis. “We are also planning to start vocational courses for the children to help them develop skills to set up some avenues,” he said, adding that he was feeling fortunate to have come to the children’s rescue.

Hailing from Hussainpur village, just 7 km from the town, the activist said he had been running a school in his village, which was providing all amenities to the students, who were being charged minimal fee. He has also been engaged in plantation drives and got over 25,000 trees planted in various villages of Nawanshahr. He has also been organising sports events in the town.

Laxmi Devi, principal of the school, said, “Hussainpur is no less than a God-send saviour for all of us. The Almighty perhaps has sent him to not just bail out the school from the financial crisis but also save the future of the 31 special kids studying with us.”