‘Poor struggling for roof over their heads’ 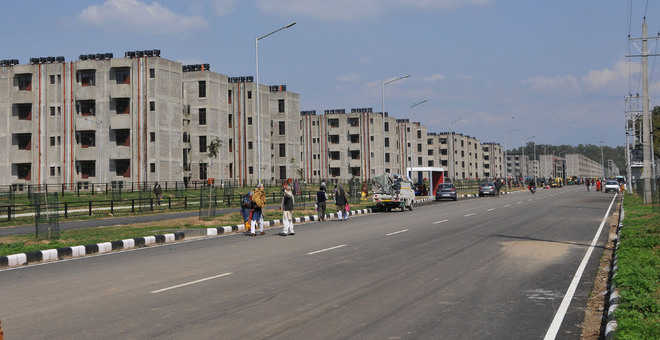 Raising voice for thousands of poor struggling to get government help under the Pradhan Mantri Awas Yojana (PMAY) for repairing their houses or construction of their houses, Congress leader Nimisha Mehta held a meeting of panches and sarpanches at her Garhshankar residence on Saturday.

In a letter duly signed by the area residents, sarpanches and panches, stressing on the demand for raising voice in the Parliament session beginning on July 22, Nimisha Mehta said the Government of India, in order to bring about transparency in the PMAY, got this scheme linked to the PMAY website of GOI wherein the MGNREGA-GRS clicks the picture of the person seeking benefit under the scheme and these pictures get uploaded online whenever the ministry opens the website. “Sadly, the website opened just once in 2019 during PM Narendra Modi’s tenure and has not opened so far after the 2019 Lok Sabha elections,” she said.

In the letter, she stressed that there were thousands of the poor who were living in pitiable conditions with a fear of monsoons looming large on their minds. “There are thousands of hapless who have been filling forms to seek benefit to repair the roofs of their houses but because the website doesn’t open their applications just go down the drain,” she said.

“Rather after years of struggle of giving applications, these poor people who struggle to earn two square meals a day are forced to take huge loans to repair their houses and this PMAY Scheme seems only like a mere dummy programme of the GOI which rather befools the public,” she said adding that it is common to hear reports of roofs collapsing and houses getting damaged. Nimisha Mehta stressed that the PMAY window opened only before the Lok Sabha elections 2019 thereby giving a message that voters will get a facility only around elections and not otherwise.

She demanded, “If the Modi government is serious about giving benefit to people under awas yojana in the rural areas, it is very important to keep the window open throughout the year or at least the window of the ministry should open once a month.” Nimisha Mehta appealed to Anandpur Sahib MP Manish Tewari that keeping the sentiments of his poor voters in mind, he must strongly raise his voice in the Parliament on this pressing issue to facilitate the financially weaker section.