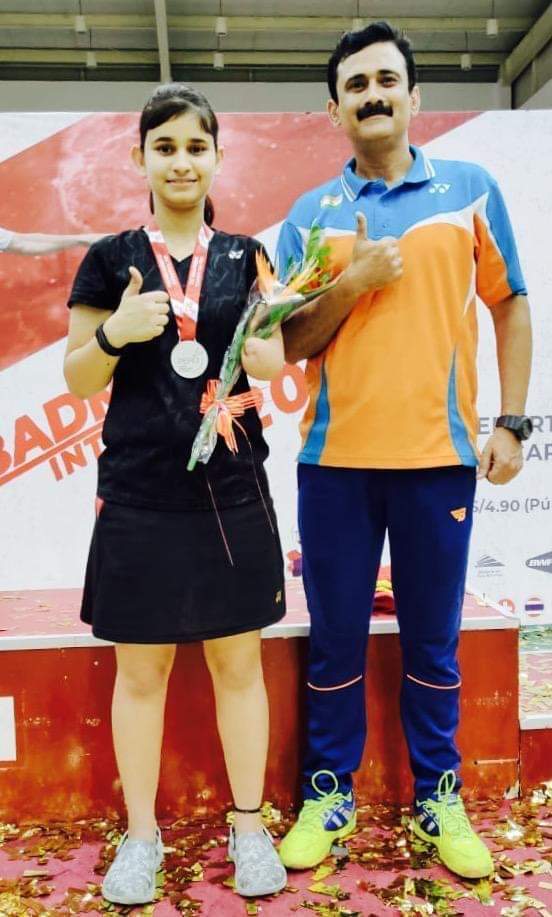 The 18-year-old is the only one from Punjab and the youngest player to qualify for the para badminton category of Tokyo Olympics.

Palak Kohli was confronted with a tough situation last year when her Class XII board exams dates clashed with a qualifying tournament that was, at the time, scheduled to be held in Peru.

But it was not the first the circumstances had threatened to get the better of her – she is differently-abled, has a deformed left hand since birth. She’s been through such tight spots many times before in her life.

The picture was clear: exams or badminton. And choice she made that day has yielded more than a satisfying result. The city-based girl has qualified for the para badminton category of Tokyo Olympics, postponed for next year due to the outbreak, and the Target Olympic Podium Scheme (TOPS).

“I had to choose between the two and obviously I pursued my bigger aim. My parents were pressurising me to somehow skip a match, manage to return in time and appear for at least three subjects and take the rest as compartment examination. But I told them that I could not take so much pressure as it could affect my performance. So, I missed my exams,” she shared.

The 18-year-old is the only one from Punjab and the youngest player to qualify for the game. Having started the game just three years back, she quickly managed success. In 2019 National Para Badminton Championships, she won three gold medals in the women’s singles, women’s doubles and the under-19 singles (girls).

Palak said, “Everyone in my family is pursuing a professional degree. My elder sister is a doctor. My elder brother is an engineer and when I told my parents that I want to take humanities so that I could focus on my game, they couldn’t come take it for quite some time. To pacify them, I took difficult subjects like history, political science and psychology and told them that I would prepare for the UPSC exam to become an IAS. But after I missed my examination, I straightaway opted for Open Schooling and have now taken easy subjects to clear Class XII and keep focus on my game as well.”

However, she never knew till her board exams last year that the virus would put off the Games for so long and that she still could catch up with other international tournaments to qualify for the same.

Having started practising at Hansraj Stadium here, Palak has been training in Lucknow under her coach Gaurav Khanna for past two years. “I live in a PG there which is just about 500m from my academy. My coach runs the only academy for para badminton in the entire country and we practise with able-bodied players. I stayed at home for a few days this year,” she said. Her entire year has been spent practicing and honing my skills, besides maintaining form and stamina.

On her achievement, she owes it all to her coach, “He’s been very good in maintaining data and statistics of each player and we already knew about our points and ranking. I stand fifth internationally and top-6 players are picked.” About qualifying for TOPS, she explains, “This certainly gives me a lot of confidence and a good back up from the government side for getting the best training and facilities.”