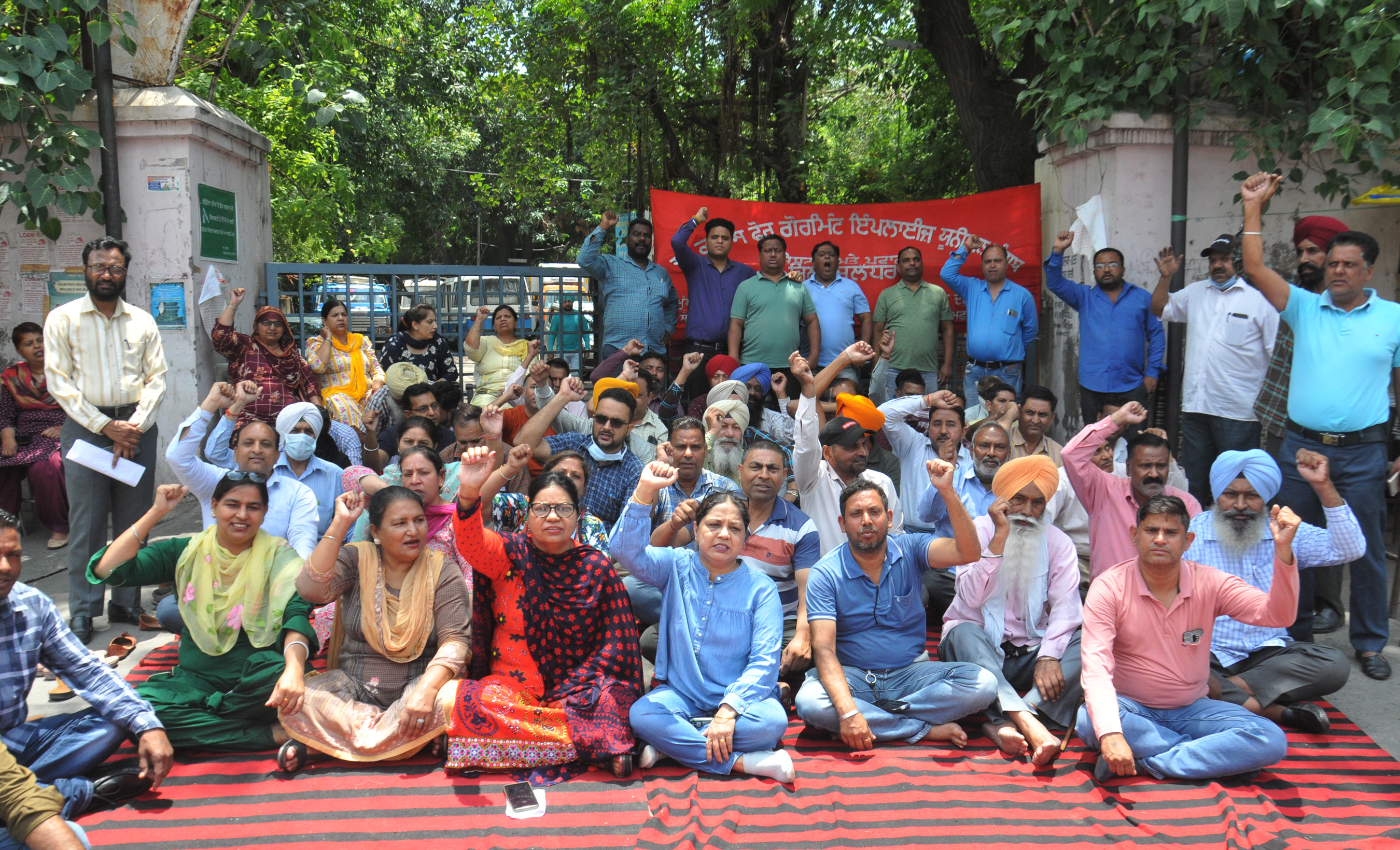 Class IV employees of the Civil Surgeon’s office protest outside the premises in Jalandhar on Tuesday.

The ongoing strike by the members of the Class IV Government Employees Union, and the Drivers and Technical Union, Punjab, took a major turn today as they blocked the entrance of the office of the Civil Surgeon over the issue of non-payment of their wages for the past nearly two months.

District president of Class IV Government Employees Union Subhash Mattu, president of Drivers and Technical Union Avtar Singh and president of Civil Surgeon office Dimple Rohela said they had been lodging protest for the past six days for delay in disbursement of their wages but the state government seemed to be completely ignoring their issue, forcing them to lock the gates today. The visitors to the office faced some difficulty in coming out or entering the office during the protest.

Civil Surgeon Dr Ranjit Singh also reached the dharna venue outside his office gates and addressed the gathering assuring them that he would take up the matter of delay in their salaries with the higher officials.

The employees of the unions shared that it was only the Jalandhar Civil Surgeon office, which was bearing the brunt of the delay in salaries whereas no other district of Punjab was affected by the issue.

They elaborated: “The matter pertains to a court case against a doctor who was forcibly relieved of his services in 1984-85. The doctor had approached the courts, which after 37 years ordered his joining and paying him Rs 86 lakh. While the doctor has been paid all dues, the department had got started a vigilance probe into the matter. It is after the probe that the wages of the employees have been stopped. We are also demanding that the names of the employees, which have cropped up in the probe be deleted.”

The employees said their livelihood depends entirely upon their monthly wages and their families were suffering owing to the delay.