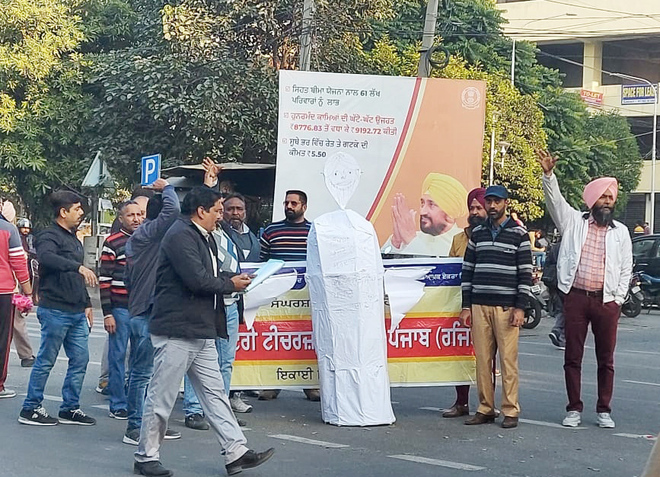 Members of the Elementary Teachers’ Union protest outside DC office.

Primary teachers, under the banner of Elementary Teachers Union, Punjab, today the burnt effigy of Education Minister outside the Deputy Commissioner’s office. Blocking the road outside the DC office for nearly 40 minutes, the teachers demanded regularisation and hike in the salaries.

Pawan Massi, general secretary of the union, said, for the past several months, teachers have been raising their demands and submitted memorandum to the Education Department and the state government but to no avail. Owing to the ‘unfavourable’ policies of the government, the teachers were forced to hit the roads.

Tarsem Singh, another union leader said, if the government failed to fulfil their demands, they would again gherao the residence of Education Minister on December 11.