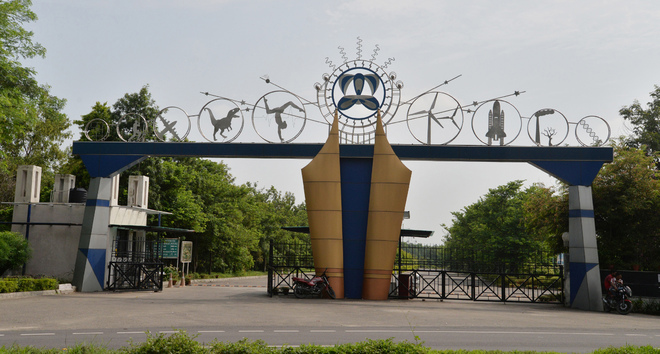 The Pushpa Gujral Science City, Kapurthala, is all set to set-up two galleries — mathematics and electricity — on its campus. The Punjab Government has released a grant of Rs 1 crore 64 lakh to the Pushpa Gujral Science City for its upgrade. The proposal of Rs 26.90 cr for the upgrade has been approved by the Ministry of Culture, Government of India. Of this amount, 60 per cent is borne by the Government of India and 40 per cent by the state government. In the first phase, Ministry of Culture, Government of India, has approved Rs 4.10 crore as per 60:40 ratio. Amidst the Covid pandemic, the Science City is also slated to get other upgrades in several different schemes. Another gallery addition is a Covid gallery which has been proposed for the Science City.

Policemen who laid their lives for the peace and unity of the country were honoured at Kapurthala on October 21 duirng an event at police lines. SSP Kapurthala Jaspreet Singh Sidhu, among other dignitaries, were present on the occasion. SSP Sidhu said on October 21, 1959, the sacrifice 10 CRPF who lost their lives in an attack on the Indo-China border - began being observed as 'Shaheedi Diwas'. Since then, the day has been religiously observed. He said 1,784 Punjab Police personnel have laid their lives in the line of duty - including 2 DIGs, 3 SSPs, 5 SPs, 12 DSPs, 32 Inspectors, 61 sub inspectors, 112 ASIs, 269 head constables, 817 soldiers and home guards. He said the Kapurthala police have also started an initiative in which gazetted police officials will meet the families of 40 policemen who died on duty. SSP Kapurthala also paid a visit to the family of SP Baljit Singh who was killed in a terrorist attack in Dinanagar. Sessions Judge Kapurthala Ram Kumar Singla, DC Deepti Uppal, SP mandeep Singh among others were also present on the occasion