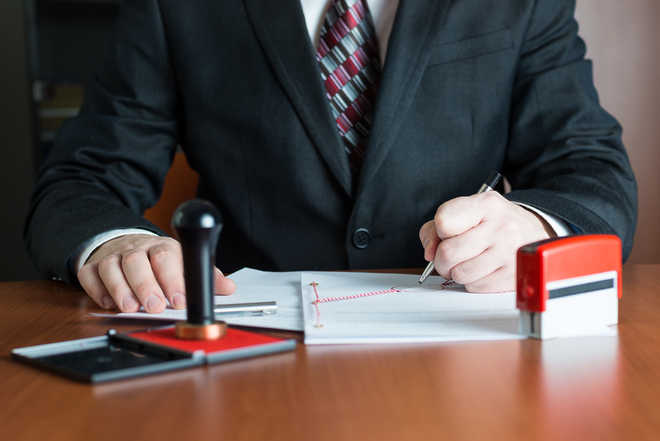 Tightening its noose around the defaulter promoters of as many as 28 licensed colonies in Jalandhar, Kapurthala and Hoshiarpur districts, the Jalandhar Development Authority (JDA) has issued ban on property registration pertaining to these colonies.

The Jalandhar Development Authority has been issuing notices to defaulting promoters of these licensed colonies to deposit the pending dues amounting to Rs 32.07 crore. However, the promoters never paid their dues. Deepsikha Sharma, JDA Chief Administrator

JDA Chief Administrator Deepsikha Sharma said the authority had been issuing notices to defaulting promoters of these licensed colonies to deposit the pending fees of EDC, licence fees, SIF, and EWS worth Rs 32.07 crore. However, the promoters of these colonies never paid their dues.

Moreover, in line with the directions issued by the state government, the department had issued relaxations to these promoters on rate of interest of 7.5 percent on their default amount, she said. The JDA chief further mentioned that the defaulters were also asked to deposit the pending fees in monthly installments through post-dated cheques. Of these, 17 promoters neither initiated any action to clear their dues, she added.

Sharma further said keeping in view of the financial loss to the public exchequer, the JDA has asked the DCs concerned to issue orders to concerned sub-registrars to ban property registration in the above mentioned colonies belonging to defaulting promoters.

She reiterated that JDA would leave no stone unturned to rein in the practice of unauthorised colonisation in its jurisdiction as a drive against such activities has already been launched by the authority. She said illegal colonies not only caused a huge loss to the state exchequer but also inflicted fraud on the people as residents of these colonies suffer problems due to the lack of basic infrastructure like electricity, road, drinking water, sewerage system besides others.