Samples from sweet shops collected in Jalandhar : The Tribune India 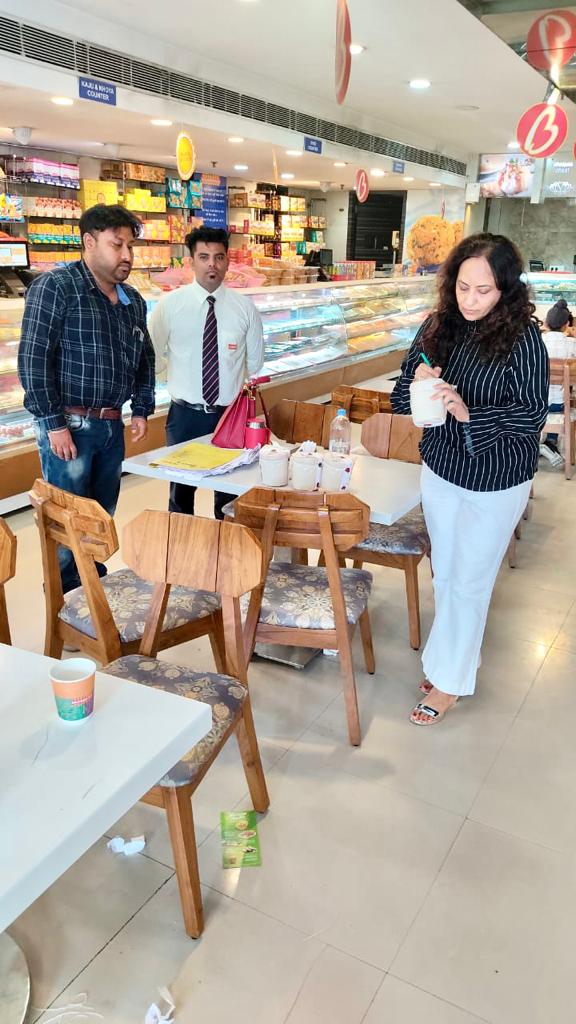 A health official collects samples from a sweet shop in Jalandhar.

To ensure sale of quality food products across the district, the Health Department has launched a drive against adulteration in silver foils wherein intensive sampling at sweet shops has been initiated by the officials.

District Health Officer Dr Reema Jammu said on the directives of the Commissioner Food and Drugs Administration, Dr Abhinav Trikha, the two-day long drive has been launched in the district.

She added that maximum samples of silver leaf would be collected in these two days, which will further be sent to State Food Testing Laboratory, Kharar. She also stated that strict action would be initiated if adulteration was reported by the laboratory as the Health Department has been making concerted efforts to ensure availability of hygienic food products to consumers.

The DHO said the layer of silver foil is pasted on most of the sweets thereby its quality is a major concern among the people adding that the Health Department under its drive would carry out random sampling of the food product. Dr Jammu said samples would be collected from different localities so that maximum area can be covered under this drive.

Notably, the Health Department has launched a crackdown against adulteration under which maximum sampling of food products including raw or ready to eat items was being done by the officials. The DHO also urged the people to contact the Health Department in case they found adulteration in food products so that timely action against such violators could be initiated by the department.

The department has collected samples of food items having silver leaf on them including malai barfi, kaju barfi, pista, mathi, and moong daal barfi from Model Town, IT Colony, Nakodar Road, and Jalandhar Cantt areas. Likewise, samples of rasmalai and paneer were also taken in a separate action.