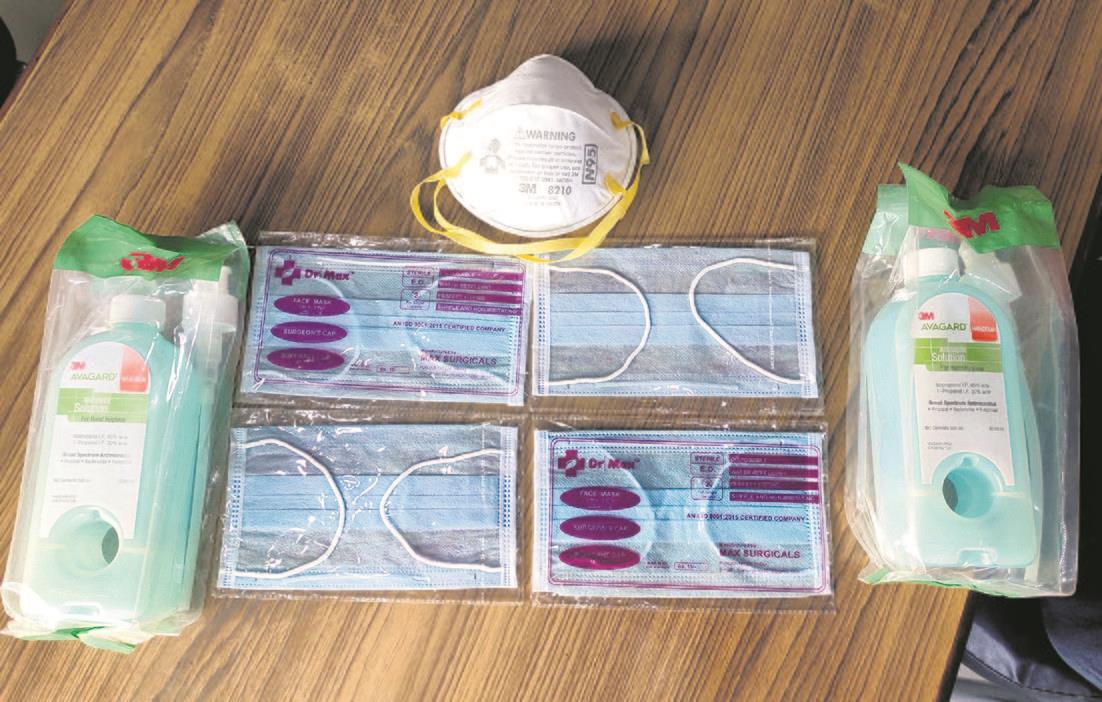 After handing over 2,500 masks and 40 PPE kits for sanitary workers to Chandan Grewal, president of the Punjab Safai Mazdoor Federation, and 500 masks and 14 PPE kits for sewer men to Pawan Baba, president of Punjab Sewer Men Union, Ahluwalia, accompanied by his son and youth Congress leader Kaku Ahluwalia, said the entire society was indebted to these Covid warriors who were performing their duty diligently without any fear. He said in consonance with the directions of Punjab CM Captain Amarinder Singh and Local Bodies Minister Brahm Mohindra, the Jalandhar Improvement Trust had considered it as their moral responsibility to ensure the security of these frontline soldiers, for which the masks and kits were distributed. Ahluwalia said the masks were for sanitary workers and sewer men who were on general duty in the city, whereas PPE kits were for those who render their services in and around containment zones of the city.