Humane side Feeds 8-year-old burgers, chocolates in police station, takes him around city to find home 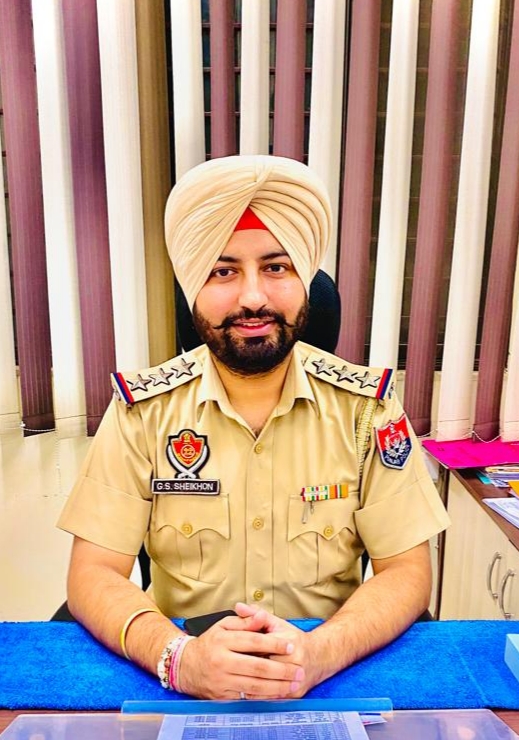 A Jalandhar-based SHO’s humanitarian gesture came to the fore today when a video of his rescue of an eight-year-old child went viral.

We found the boy with an autorickshaw driver on 120 feet road and took him to the police station. We comforted him so that he could share his home location with us. — Gagandeep Singh, Basti bawa khel SHO

The kind treatment meted out to a “lost” eight-year-old child by the Basti Bawa Khel police hogged the limelight when a local TV channel shared the video today. At the forefront of the speedy rescue was 32-year-old Gagandeep Singh, who treated the child to fast food and cold drinks and took him around the city on his own vehicle, to find his home and hand him over to his parents. The rescue happened three days ago and the child is currently safe and with his mother.

Three days ago, a policeman of the Basti Bawa Khel police station found an auto driver on 120 feet road, taking around an eight-year-old in his vehicle. Upon enquiries the police got to know the child was lost and the driver was helping him to find his home. The child was taken to the Basti Bawa Khel police station where the police fed him burgers, chocolates and cold drinks. It was after patient questioning of the child that he told the police the whereabouts of his home — and he was handed over to his mother.

Basti Bawa Khel police station SHO Gagandeep Singh said: “We found the boy with an autorickshaw driver at the 120 feet road and took him to the police station. We shared the food and cold drinks with us with the child. Once he was comfortable enough, he shared his home location with us. He stayed at the police station for merely 15 to 20 minutes. The autorickshaw driver said he had also taken the child around but could not find his house. We took him across the city in the car and after about half an hour, the child identified his home as being in Maqsudan. I’m happy he is reunited with his family.”

Gagandeep Singh, 32, said his father — a policeman martyred in an encounter with a terrorist — served an inspiration for him to be a policeman. He joined the force in 2014 as a sub-inspector at the age of 24.

In the video, the mother of the child, a Nepalese migrant, seemingly angered, launches a tirade at the police. She says: “Leke kya aye hai. 3-4 din ho gaya mera baccha gume. (What’s the big deal if you have brought him! He been missing for 3-4 days).” All through her exchange with the police, the oblivious child is seen happily munching on a burger.

Speaking about the mother, the SHO said, “The mother of the child was rather upset and we were shocked that she didn’t express joy on seeing her child. There had been some issues in the household that she was upset about. We handed over the child to her. We also called her for counselling at the police station the next day, but she hasn’t turned up so far.”

The Nepali immigrant living in Jalandhar has two children — an eight-year-old son and a four-year-old daughter. The SHO said the policehad also asked her to lodge a formal complaint if she had any matrimonial complaint against her husband.