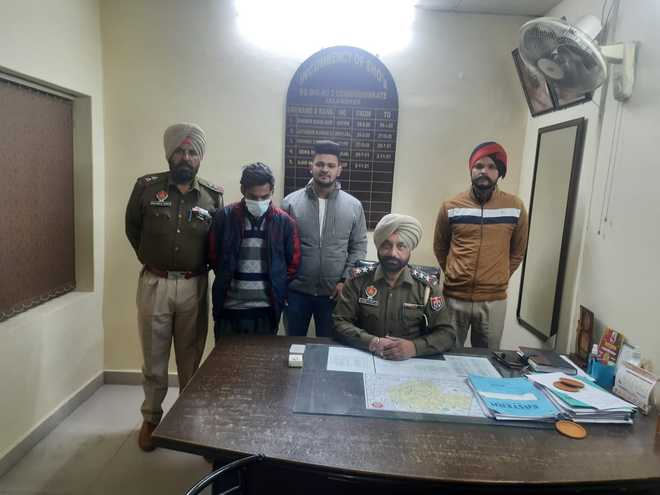 The police division No. 2 cops have arrested the accused who carried out the incidents of cycle theft in the city. The accused has been identified as Rishi Kumar, alias Rambo, a resident of the Bhargava Camp.

Police station in-charge Ajaib Singh Aujla said Sub-Inspector Balwinder Kumar was patrolling the area during which he received an information that the accused had hidden the stolen cycles in an empty plot near the Gandhi Vinita Ashram.

Following this, a raid was conducted in the area and the accused was traced. As per the sources, the accused is popular as Rambo and several cases have been registered against him in the past.

He was arrested today with five bicycles. A case has been registered against him.

In another incident, the cops at Jandusingha police chowki, falling under Adampur police station today arrested an accused with intoxicants and banned capsules. Station incharge, Harjinder Singh said the search party was at Haripur village, when the police Sukhwinder Singh, alias, Sukkha, a resident of Leshadiwal village was held with 207 drug pills. The cops have registered a case against the accused under the NDPS Act.