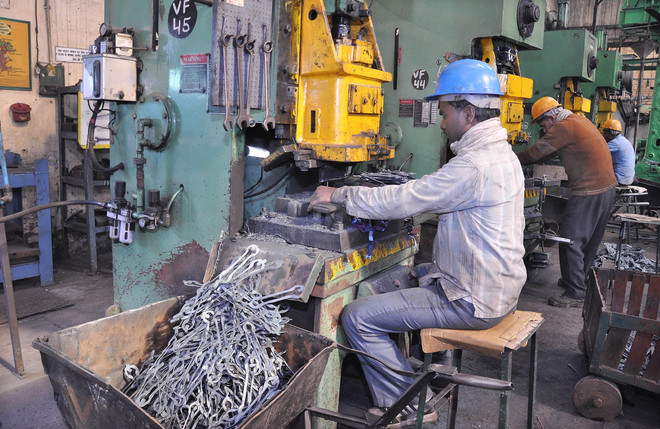 A labourer goes about his work. Tribune Photo: Malkiat Singh

Industrialists are a worried lot here as the demand for their products has not picked up as yet. They said the industry in Punjab was in the doldrums, and the pandemic was like a double whammy for them. Ravinder Dhir, convener, Khel Udyog Sangh Sangharsh Committee, said the bleak demand for sports products was troubling the sports industry.

Dhir, while earlier talking to The Tribune, had said that there were stressful days ahead and there was no support from the state government or the Centre. Moreover, as the colleges and schools are closed till July end, so no major state, national or international tournaments will take place in near future.

Alok, a trader, said it was going to take several months for the things to become normal. He said the normalcy would return only if Covid cases graph slowed down. With the rise in cases, the situation is only worsening. “There has been a hike in the cases and this is not good for the businesses,” he said, adding that there was no support either from the state or the Central Government.

Rakesh Kumar, a pipe fitting manufacturer, said he didn’t want to lose hope, but he was aware of the problems that might affect the business in future.